Companies are having to deal with a deluge of new tax legislation and rules and there is no sign of a let-up, according to PwC partner, Susan Roche 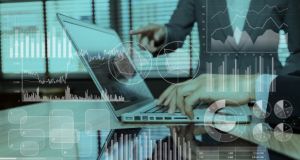 Susan Roche, PwC tax partner: “Companies have to try to stay on top of these changes as best they can.” Photograph: iStock

Continuing changes to international tax rules coupled with global trade disruption are contributing to an increasingly complex and uncertain world for businesses, according to PwC tax partner Susan Roche. “Uncertainty hasn’t gone away for companies unfortunately,” she says. “We have come through a period of significant changes and there is more to come. The tax environment that companies are operating in is getting increasingly complex.”

There are two main reasons for this, she believes. “Firstly, we are in a period of transition in international tax and there are more changes to come with the likes of digital tax,” she explains. “On top of that there is further disruption and complexity due to global trade issues and Brexit.”

Companies are having to deal with a veritable deluge of new tax legislation and there is no sign of a let up. “We have been talking about the EU Anti-Tax Avoidance Directive (Atad) since 2015 and we are only beginning now to see the legislation being implemented over the past two years,” she says. “With controlled foreign companies legislation and exit taxation being the first two significant issues that were legislated for last year.”

And that’s just the beginning. “The 2020 Budget and the Finance Bill are both coming up in October,” she notes. “We are expecting that to include legislation dealing with changes to transfer pricing rules, the introduction of new anti-hybrid rules and new reporting and transparency rules under DAC6.”

“Under the directive, companies will have to report transactions in a completely new way,” Roche adds. “It applies to a huge volume of transactions across every member state. Some member states have already implemented it, and some are about to. It represents a significant compliance issue for businesses. Companies want to make sure that they are compliant and need to be compliant, but they have an awful lot to keep up with at the moment.”

Another layer of complexity is being added by upcoming legislation focused on anti-hybrid rules. “This is part of the implementation [of Atad],” she adds. “It is aimed at preventing companies from taking advantage of mismatches in tax treatments between different jurisdictions.”

The typical type of mismatch being addressed is where deductions in one country are not counted as income in another. However, the legislation is extremely complex with multiple tests, so payments which companies may not think could come within the scope of the rules can end up falling foul of the legislation.

“This legislation in the Atad directive that is being transposed into Irish law had its genesis as part of the OECD [Organisation for Economic Co-Operation and Development] Base Erosion and Profit Shifting (Beps) process,” says Roche. “Companies will have to look at all payments and transactions now under the new rules to see if they are compliant and these are complex new rules to understand and apply.”

And that’s just what’s happening at EU and a domestic level, the OECD’s work on digital taxation is also moving at a rapid pace. “We are expecting a progress report from the OECD in December 2019,”she says. “This is not just a tax on digital companies, it could impact all sectors. Any company with online sales could fall within its scope. It has the potential to change the fundamentals of the system of international taxation which has been in place for decades and it’s not clear yet exactly where it’s going.

“We expect it will be a complete sea change and we await the progress report this December and the final report in December 2020 with interest.”

One welcome development was the EU’s decision not to move ahead with its own digital tax. “The EU held back on its unilateral digital tax to wait until the OECD comes up with its proposals,”says Roche.

“Unilateral action is inefficient and ultimately slows growth and causes disruption. The OECD wants to achieve consensus and doesn’t want new measures to disrupt business. Unfortunately, there are still some unilateral digital tax measures such as the ones implemented by France and the ones proposed by the UK for companies to contend with and additionally, in the interim, we have things like global trade wars to contend with.”

These disruptions to global trade with their attendant increased tariffs represent an addition to the tax burden faced by companies. “That will have to be an area of focus for many companies for some time to come,”she adds. “Trade tariffs impact on supply chains and contribute to uncertainty in the operating environment for companies.”

At a national level, Roche explains that we have moved from a planning to an implementation phase with more legislation coming down the tracks. “While the EU sets minimum standards, we could have different standards of implementation of the Anti-Tax Avoidance Directive and DAC6 in different jurisdictions and that is further contributing to the complexity of operating cross-border. Here in Ireland our Finance Bills may have not had as many fundamental changes in relation to international taxation in the past but we are now seeing such changes coming through year on year."

Other changes that will be implemented over the next few years outside of digital tax include new interest-limitation rules and additional anti-hybrid rules. The new interest-limitation rules when implemented will affect a company’s ability to deduct interest in a certain period and could be very impactful for companies who are financed by debt. Going forward there will be a cap placed on the amount of interest they can deduct for tax purposes in each year subject to certain conditions,” she says.

One of the key issues in relation to all of these changes is understanding how these new rules will work in practice. “It can be a number of years before we fully see how some of the nuances of these rules operate,”she says. “We have very limited precedents to go on. We move from EU directive to local law and the next step is how the Revenue and the courts interpret this new legislation. Revenue guidance in this regard is very important. Companies have to try to stay on top of these changes as best as they can,” she advises.

“It’s vitally important that they don’t fall behind. Don’t wait until it’s time to file your tax return as it’s very hard to understand what you have to do at that point. It probably appears a little bit overwhelming at the moment, but companies need to look at each aspect of the changes and focus and prioritise on the ones that impact them. That’s the best way to approach it.”