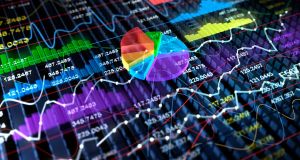 Colin Farrell: “In a society where trust and reputation are becoming increasingly important for companies, this must be a key area of focus for the financial services sector in Ireland.” Photograph: iStock

The growing importance of the financial services sector to the Irish economy is not as widely appreciated as it should be, according to PwC international tax partner, Colin Farrell.

“As an industry, financial services has been slow at educating broader society in relation to its importance to Ireland,” he contends. “More than 250 of the world’s largest financial services players are here, including half of the world’s top 50 banks. Nine of the top 10 aircraft leasing companies are here while over 230 insurance companies operate in Ireland. Total assets under management for Irish-administered funds now exceeds €4 trillion and Ireland is the fourth largest exporter of financial services in the EU. The sector employs over 40,000 people directly and makes a contribution of over €2.1 billion to the exchequer in taxes every year.”

And this activity is by no means confined to Dublin. “We have seen significant financial services hubs develop outside of Dublin as firms decentralise and set up operations around the country,” says Farrell. “This has provided a huge boost to cities like Limerick, Kilkenny, Galway and Cork, which have benefited from the creation of high-value, service-based employment. Of course, an industry hub has also existed in Shannon for quite a few years. At PwC, we have invested in growing our offices in Cork, Kilkenny, Galway and Limerick to support these growing hubs.”

Another important aspect of the industry is its fairly reliable performance. “This might surprise people after living through the 2008 financial services crisis, but the international nature of the business means that large sectors of it tend to continue performing strongly regardless of local economic conditions,” Farrell notes. “That makes it quite a strong hedge against potential downturns in other sectors. It is a valuable source of high-value sustainable employment and that is reflected in the continued popularity of business and finance-related third-level courses.”

Despite this economic standing, there are still some slightly negative connotations when the financial services sector is mentioned, possibly due to a hangover from the financial crash. “In a society where trust and reputation are becoming increasingly important for companies, this must be a key area of focus for the financial services sector in Ireland,” Farrell says. “There are probably a couple of elements to it, but to my mind the education piece is the most important as people don’t realise the scope and level of maturity of the industry.”

Educating and building the trust of broader society is difficult because of the nature of financial services. Farrell adds; “The products of food companies or car manufacturers, for example, are tangible and people understand them. You can’t say the same about reinsurance, or asset management. The industry needs to shout louder about what it does and its contribution to the economy.”

While the sector continues to grow quite strongly in Ireland, Farrell believes Brexit could present further opportunities for expansion. “Brexit is not what the financial services community here would want, and certainly not what Ireland wants, but I do feel that the sector will be in a net-gain position from Brexit,” he says.

“Brexit will not have an overall positive impact on the Irish economy, but financial services can make significant gains. It is important, in this context, that the Government makes Ireland as attractive as possible. It’s a very competitive market and Ireland has been successful to date in winning more than its fair share of financial services foreign direct investment, but we can’t rely on that to be the case in future.”

He says there has been significant movement in UK-based financial services companies over the past number of months as the uncertainty surrounding Brexit persists. “They are realising that the time for waiting is over and action is required. Financial institutions will generally seek to move in a phased manner so as to cause as little operational disruptions as possible. By and large, we are seeing our clients setting up or expanding their Irish-based operations based on what’s required from a regulatory perspective. This approach makes sense, not only because of the operational disruption previously mentioned, but also due to the fact that significant uncertainty remains as to what shape a future trading relationship between the UK and Europe will take. After March 2019, or potentially post-transition period if a withdrawal agreement is agreed, I see them starting to significantly scale their operations here.”

This will not only be due to Brexit. “Once they begin to appreciate the business-friendly environment in Ireland and the fact that we offer a common law, English-speaking jurisdiction with access to the talent they require, they will start to grow their operations here,” he says. “Top of the list for financial services’ CEOs in relation to Brexit is talent. A large number of people working in the financial services industry in the UK are not from the UK. What Ireland can offer is tons of talent, both young people already in Ireland as well as an influx of European and some Irish talent coming home. The special relationship that Ireland will hopefully retain with the UK post-Brexit, with respect to citizens' rights, should not be forgotten also and could become a significant competitive advantage for Ireland. The phased approach that we are seeing the industry adopt with respect to Brexit planning suits Ireland, but it is very important that Ireland’s infrastructural and housing development plan is adapted to cater for this growth.”

Tax and regulatory reform is another issue which will directly affect the industry in Ireland. “We are living through an unprecedented rate of tax reform in Europe and indeed globally,” says Farrell. “In many cases, these tax-reform developments were not targeted at the financial sector but they are having a significant impact nevertheless. The sector has also come through an unprecedented period of regulatory reform since the global financial crisis and there is certainly an element of ‘reporting fatigue’ in the system. That said, the industry does realise there is a drive towards more transparency on tax. They appreciate that tax is now viewed as a key operational and reputational risk and is a C-suite topic.”

The increased regulatory burden, however, creates one possible upside if harnessed correctly and that is the data it generates. “Financial services is potentially the sector with the most data at its fingertips but it must make more use of it,” he says. “We are working with our clients in relation to the use of analytics to utilise and understand the data they are reporting. This turns what is currently a pure overhead into something that may help them achieve a competitive advantage. As a simple example, the data gathered with respect to client investments, counterparties your company interacts with, or portfolio asset activity by jurisdiction could be used for scenario-planning to predict the impact of different types of Brexit outcomes.”

The response of the Government to upcoming tax reform is also important. “We are well and truly into implementation phase with respect to EU- and OECD-mandated tax reform,” Farrell points out. “This is putting a huge strain on the resources of small countries when it comes to transposing the changes into domestic law. The Irish Government needs to do it in a compliant but competitive manner. The US is reforming tax competitively and the UK will no longer be constrained by EU law and policy in a year’s time. Ireland needs to remain competitive in this context. We’ve got to play fair but play to win.

“What happens in the next three to five years in the area of tax reform will shape the Irish financial services industry for the foreseeable future so it’s vitally important that we get it right,” Farrell concludes.

The one constant in the financial services industry is change. New technology, regulatory shifts and unprecedented global events are reshaping the world of finance. We help organisations manage their responses to stay successful. In a world of constant change, trust the leading voice in tax.