Return to growth: Thought leaders and senior Irish figures from the world of business and economics will virtually gather at the IMI National Management Conference on September 24th 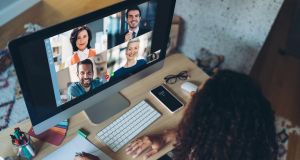 The Irish Management Institute’s (IMI) flagship event will feature a line-up of world-class speakers, aiming to focus on how business leaders in Ireland can move their organisations through the economic fallout of the Covid-19 pandemic and accelerate their pathway back to growth.

Keynote speakers at the IMI event include Dambisa Moyo, pre-eminent thinker in strategic investment and public policy, and previously one of Time Magazine’s 100 Most Influential People in the World, and Cali Williams Yost, CEO of Flex+Strategy Group and the leading authority in high performance flexible work practices.

Alongside them, Michael Jacobides, the Sir Donald Gordon professor of entrepreneurship and innovation and Professor of strategy and entrepreneurship at London Business School, will present a keynote talk on how organisations can reassess and rebuild through the coronavirus crisis.

“The talk is going to be about adapting to the new reality,” says Jacobides, “because what we have with Covid is not just something that has hit cashflow, or reduced demand, though it undoubtedly has done that. What we really have is something that is the harbinger of structural changes.”

The transitions are game-changing, suggests Jacobides. “Research suggests that it takes on average 66 days for a new habit to form, and we are well beyond that now,” he says. Covid-19 has significantly boosted existing trends, such as the shift away from physical retail space into a digital space - but to ascertain how long-lasting that change will be for a business, they need to take a deep-dive into the data to reassess growth opportunities.

“One of the biggest challenges is to figure out what is transient, what is here to stay, and how demand is shifting. You need to challenge your ideas about what’s happening in your traditional business domains by taking a fresh, careful look at the data,” says Jacobides. “It is useful to look beyond the current consensus in the sector, which can be misleadingly convergent, by looking at high frequency data, by looking at skillful investors, and at experience in other countries.”

The process to figure out what adaptations to the business model are needed for the new normal involves looking at how an organisation creates and delivers value, says Jacobides. Also important is examining who makes up the customer base, and who potential partners are.

“As business models shift and there is more engagement with digital ecosystems, it is interesting to see that the Big Tech companies driving these ecosystems have become stronger than ever, and that is leading to significant issues of dominance,” he says.

In August, Epic Games launched a lawsuit after its flagship game Fortnite was removed from the iOS App Store. “I think that this is an example of things to come,” says Jacobides, “there will be pushback against Big Tech, and there will likely be regulation brought in to counteract this dominance.”

Consumers are hungry for alternatives as well, Jacobides explains. “There is a selective wariness toward Big Tech that has become more apparent during the crisis,” he says, highlighting new platforms like Bookshop.org, a marketplace which “links up independent bookstores that are worried about being exploited or ignored by Amazon.”

This shift is consumer attitude and behaviour may allow smaller, niche firms to move into areas that are historically well-controlled by larger corporations. “Smaller firms usually have less baggage by way of established infrastructure, and difficult-to-change processes and routines,” says Jacobies. “But the difference isn’t so much between large and small organisations, it is really between flexible and rigid organisations - and flexibility takes leadership and the courage to balance exploitation with exploration.”

“Digitisation and business model changes require a much faster pace of change, and demand strategy is redesigned or at least reviewed regularly,” says Jacobides. “While a robust sense of direction is important, it is crucial that we are clear that a firm’s leadership doesn't have all the answers. No firm is its own island and it is vital to open up your firm’s pores and become more permeable.”

Where larger, well-established organisations tend to have an advantage during a time of crisis is in terms of access to capital. However, to take advantage then organisations of all sizes need to avoid the pitfall of familiarity, suggests Jacobides.

“It is important to think about how you should allocate resources and capital,” he says. “Organisations tend to be extremely inert in terms of the way that they allocate it during these periods. They tend to replicate what they have done, and so will allocate capital on the basis of historical patterns.”

But now is the time for CEOs to push out and experiment with investments, according to Jacobides. He points to American Express as an example, which made fundamental changes that allowed it to dynamically invest during the 2008 financial crisis, despite being under threat. “The company launched a restructuring program to streamline the organisation and reduce cash drain, and it entered into the deposit-gathering business in order to raise more capital. Those moves freed up or generated cash that Amex then directed toward longer-term investments in new partnerships and technology, which reimagined the company as not just a card provider but a platform-supported services company.”

“It may be psychologically hard to do during a crisis, when cash flows are stressed, but now is precisely the time to take a few well-considered risks,” he says. “Research shows that the most successful companies not only invest more than their peers in new opportunities but also put their eggs in fewer baskets.”