The business environment is stacked against small firms, a representative body argues 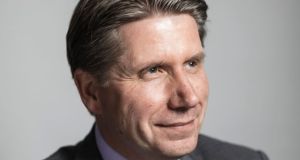 ‘The next government should have a major focus on entrepreneurship and small business,’ says SFA director Sven Spollen-Behrens

“Small businesses contribute to the fabric of towns and villages throughout the country,” he says. “We have done really well with FDI and we know how to attract. But we don’t seem to know how to support the 267,000 small firms which represent 98 per cent of businesses in the country and employ 755,854 people – half of the private sector workforce. The government focus is on the 3,500 multinationals. That has to change. We are not saying the multinationals should be left alone but more support should be given to SMEs.”

He refers to the OECD SME and Entrepreneurship Policy report, published in October. “The OECD was here for two years and said SMEs are underperforming because they are not getting the same level of support as multinationals and that we need a coherent strategy to support them. This wasn’t a Fine Gael paper or a Fianna Fáil paper and it should be above politics. The Government wanted to take it up but for obvious reasons that didn’t happen. The incoming government should act on it.”

The cost of doing business is another issue on the SFA’s small business manifesto. “We talked to our members about compliance. They told us that what took them two hours a week 10 years ago now takes them one day a week. That is something government needs to look at.”

Upward wage pressure is exacerbating the problem. “We now have full employment, and competition for talent is driving up wages,” says Spollen-Behrens. “Minimum wage increases didn’t help. It has gone up 17 per cent over five years. That’s a huge number. Luckily not that many people are on the minimum wage but any increase puts pressure on wage levels generally.”

Insurance also features on the list of actions for the government. “Rising insurance costs are putting creating real problems for childcare and hospitality businesses among others. We are running the risk of putting whole sectors out of business. Legislation was proposed but wasn’t followed through. This must be taken up again by the incoming government.”

He says council rates are “killing towns and streets around Ireland. We need to find a better way of funding local authorities. There is money in the country to fund them. We also need to spend more money on infrastructure and on local authority funding. We should spend more to provide public services.”

He also highlights the different approach taken to local property tax. “Every year we see local authorities reducing it and when they come to the end of the year, they increase commercial rates to make up the shortfall. This unholy trade-off has to end.”

Access to finance is another important issue for SFA members. “Small businesses are notoriously underfunded. Banks don’t communicate with businesses any more. Loans over a certain amount don’t go through branches any longer and interest rates are 2-3 per cent higher than in Europe. The Strategic Banking Corporation (SBCI) should offer better rates for certain funding products. The Brexit Loan Scheme and the Future Growth Scheme both worked well. We could also look at the German Mittelstand model of banking where you have banks dedicated to business with an ongoing dialogue between the two. SBCI and Microfinance Ireland could work together on that.”

Public procurement also requires attention, he claims. “We are looking for an ombudsman for appeals so that small businesses have somewhere to go if they think they have been unfairly treated in a tender process. Education for the people responsible for tenders is also required. Some of them seem not to know their own rules in certain instances.”

Naturally, taxation figures. “Everyone talks about the magic 12.5 per cent. We talk about the magic €1,650 PAYE allowance. The earned income allowance for self-employed people needs to be brought up to that level. The R&D tax credit also has to be simplified for small businesses to access it. Bigger companies hire tax consultants to look after these things for them. Small businesses can’t afford that.”

Finally, he says capital gains tax should be reduced to 20 per cent level. “That needs to be looked at as well as entrepreneur’s relief, which should be increased from its current level of €1 million to €15 million to bring in more in line with the UK level.”