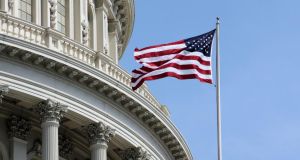 Mainstream Republicans realise that the situation is a mess. “There is a 35 per cent federal corporation tax rate with at least another 5 per cent on top of that at state level. The lowest effective rate is 40 per cent for most companies. Why would American multinationals want to locate their profits there?”

In June 2014, US president Barack Obama issued probably the strongest statement of his administration in relation to the tax policies of large US companies. Accusing those who engaged in so-called “inversions” of “gaming the system”, the president said they bought foreign firms to technically change their tax domicile to a country with a lower tax rate, but benefited from the US university system and infrastructure.

If you thought that meant action was imminent in relation to corporation tax reform in the US, you’d be wrong. In the 21 months since those stirring words were uttered on coast-to-coast TV, almost nothing has happened.

“Given the political process in the US, and it’s nothing to do with this year’s election, it’s fair to say that nothing much happens there,” says Deloitte tax partner Declan Butler. “They’ve been talking about international tax reform for the past 15 or 20 years but nothing has happened. That suits Ireland in a way. When you look at it, we’ve had it easy for a long time, but other countries are noticing this.

“The UK saw that it was missing a trick when it comes to US investment and is moving its rate from 30 per cent to 18 per cent. The gap is being narrowed and there are flexibilities which can bring their effective rate even lower.”

PwC managing partner Feargal O’Rourke says there is broad agreement around what needs to be done in relation to corporation tax reform but believes the political will is lacking to see them through, for the moment at least. “When you boil it down to its basics, there is near unanimity that three things need to change,” he says. “The corporation tax rate needs to come down possibly to between 25 per cent and 28 per cent. There needs to be a one-time amnesty to bring profits home at a low rate and there needs to be a change in the way in which foreign profits are taxed.

“The Republicans want a grand bargain with everything agreed at once. The Democrats say you can do it one bit at a time. They keep saying it’s two years away. That would be early in the term of the next US president, but it’s kind of gone off the agenda now that employment is not such a big issue any more.”

The US agenda has to be viewed almost as much culturally as politically, according to KPMG tax partner Conor O’Sullivan. “The culture of tax planning in the US is very different to here,” he says. “There is respect there for your right not to pay tax if you don’t have to. The US historically had a view that if any US company wants to go overseas and compete, then they don’t want tax to get in their way. The US government was effectively saying that companies should comply with the rules and laws of the countries where they operated.

“The question of how much tax was paid overseas, if any, didn’t really come into it as the profits would be taxed when they were brought home. It was believed that this was good for the US economy in the long run.”

That belief however has been the subject of some debate in recent years. “There has been a bit of pushback against that view of late and whether it is in fact good for the US economy,” O’Sullivan notes. “There are moves to make it more competitive to invest in the US. There is a debate in the US between the old economy-style traditional manufacturing companies who are not as mobile and can’t move intellectual property around as easily as pharmaceutical or technology companies.

“They would like the US rate of tax cut down towards 20 per cent. One proposal emerging is that the US would become more like other countries. Drop rates to the low 20s and the quid pro quo for that there would be a minimum US tax on foreign profits as well. There have been a number of variations on that theme.

“That debate is in the mire and it will likely be in the mire for a few more years before anything happens. The big question is if any of the proposals on the table at the moment will get traction. When there will be sufficient political agreement on it is anyone’s guess.”

Butler doesn’t hold out much hope for progress on the issue. “The left wing of the Democrats say that jobs should be kept in America; they don’t want to see jobs go abroad and they want to put in measures to stop that. The mainstream Republicans realise that the situation is a mess.

“There is a 35 per cent federal corporation tax rate with at least another 5 per cent on top of that at state level,” he adds. “The lowest effective rate is 40 per cent for most companies. Why would American multinationals want to locate their profits there? The Republicans see a need to reduce that rate and bring it down to about 20 per cent as well as make it easier to bring back billions in unrepatriated profits.”

He says the proposals coming from the Obama administration change quite often. “They would like to put an annual tax on unrepatriated earnings. This is hogwash. It would have a negative effect on the share price of the companies involved. In any case, Obama does not control tax policy – the House does. That suits Ireland in a way. The US system is in a mess and it is very unlikely that one person will control the White House, the Senate and the House after this year’s elections.”

According to Butler, the centre of gravity in relation to tax reform is actually the House ways and means committee. “The chairman of the House ways and means committee is a Texas Republican called Kevin Brady. He has come out with moderate enough proposals – get the rate down to 20 per cent and tax repatriated profits in a sensible way. But you have to look at why the inversions are happening.

“If the US market represents a tiny fraction of sales for a pharmaceutical company, why would it allow the whole of its profits be taxed at 40 per cent? But Brady is only one Republican in a pretty diverse party. President Obama is in his last year in office. The presidential election is not that important. Because of the way the House districts are gerrymandered. it’s hard to see the Republicans losing it and that probably suits Ireland.”

O’Rourke doesn’t hold out much hope for progress, either. “They run the risk of the rest of the world moving ahead of them,” he says. “If you look back to the last great US reform of 1986, which is still known as the ‘Showdown at Gucci Gulch’, President Reagan put his shoulder to the wheel and made it happen. He did the deals with Congress but that doesn’t really seem possible at the moment.”