What would you do? How to help as a bystander to domestic violence 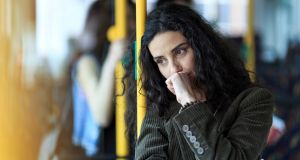 Even where you suspect a friend or family member is experiencing violence at home, getting involved can seem overwhelming. Photograph: iStock

Research shows that one of the main reasons we don’t intervene if we witness domestic violence is because we don’t know what to do. So, very often, we do nothing.

That’s a problem because around 15 per cent of women in Ireland, and 6 per cent of men, have experienced severely abusive behaviour from a partner at some point. That’s 213,000 women, and 88,000 men.

Two in five of us know someone who has experienced domestic violence. Yet only three in 10 people who knew a victim said they spoke to the person involved.

Studies into the issue by Cosc, the National Office for the Prevention of Domestic, Sexual and Gender-based Violence, go some way towards explaining this. It found that one of the main reasons we don’t intervene is because we don’t know what to do.

To an extent it’s understandable. Witnessing domestic violence can be terrifying. It is easier to turn away and not get involved. Even where you suspect a friend or family member is experiencing violence at home, getting involved can seem overwhelming.

But while it is ok to be scared, afraid that you are misinterpreting the situation, it is not ok to do nothing because the stakes are too high.

So what should you do?

If it is someone you know, look for a private moment to express concern and let them know you’re there to support them. A simple “are you ok?” could give you both an opportunity to talk.

Tell them you’re worried. This is a non-judgmental approach that might make them feel comfortable opening up. If they deny that anything is wrong, don’t push, but communicate that you’ll be there for them if they want to talk.

Assure them that the violence is not their fault. This can be an important thing for a victim of violence to hear. Say “No one deserves to be treated this way,” “You are not to blame,” or simply, “What’s happening is not your fault.”

Offer support but don’t give advice, is the general rule. This can feel hard, especially if the victim is someone close to you. But you cannot make someone leave a relationship if they are not ready to do so. Be aware that leaving an abusive relationship is a dangerous time for a victim and they are best placed to assess the danger to themselves.

If you witness domestic violence among strangers, and you believe the situation requires intervention, creating a distraction – like asking for directions – can help. It’s a non-confrontational way to intervene, which can keep a dangerous situation from escalating.

Or look for someone who might know them and say “Look, I’m concerned about that person. Their partner seems really angry. Would you be able to check in on the situation now or later?”

If you are going to have any direct contact with a possible abuser it’s probably best to be subtle, like using body language to communicate disapproval. You could do this just by watching what is happening and making it obvious that you are keeping an eye on the situation.

If you’re going to try a direct approach, your best bet will probably be to approach the victim. Say, “I’m concerned about what just happened. Is anything wrong?” Or, if you only have an instant and there’s no opportunity for even a brief conversation, you could say, “No one deserves to be treated like that,” or, “That wasn’t your fault.”  Don’t give advice, judge or blame the victim for what’s just happened.

Be alert for warning signs generally, maybe where someone seems excessively anxious to please a partner, or is afraid of them. They might be restricted from seeing family or friends, or limited in access to money, or a car. They may seem depressed or anxious.

If it’s a stranger, the person you suspect of being abusive may be acting excessively jealous, or in a way that insults or embarrasses their partner in public. They may be yelling or trying to intimidate them.

The person you suspect of being abused may seem fearful of their partner, submissive or showing physical injuries, or clothing and accessories designed to hide them, such as sunglasses indoors.

Legal protections are being beefed up to help. Legislation is currently being framed that will provide new legal protections for victims of domestic violence. The Domestic Violence Bill 2017, which is currently before the Dáil, includes provisions to enable Ireland to ratify the Council of Europe Convention – known as the Istanbul Convention - on preventing and combating violence against women and domestic violence.

It’s a key part of the Second National Strategy on Domestic, Sexual and Gender-based Violence and, among other things, means safety orders will be available to persons who are in intimate and committed relationships but who are not cohabiting.

Victims of domestic violence will be able to apply for an emergency barring order lasting eight working days, where there is an immediate risk. Emergency barring orders may be granted even if the victim has no legal or beneficial interest in the property or has an interest which is less than the perpetrator’s.

The proposed Bill will also provide for a new criminal offence of coercive control. This is psychological abuse in an intimate relationship that causes fear of violence, or serious alarm or distress that has a substantial adverse impact on a person’s day-to-day activities.

Additional supports are available through the Criminal Justice (Victims of Crime) Act 2017. It includes new rights particularly in areas such as the right to information and the provision of certain supports and protection.

An Garda Síochána has taken a number of initiatives too, including the establishment of the National Protective Services Bureau. A new Garda domestic violence policy has been published, with input from the voluntary sector, which places victims at its centre and will enhance the capability of Gardai when dealing with domestic violence.

If you come across an incident, ask yourself if it’s safe and legal to intervene. If it’s an emergency, if the situation is already violent, or if it looks set to become so, call 999. In the meantime, find out more about what you can do to help at whatwouldyoudo.ie.

Just don’t do nothing.

About the What Would You Do? campaign

What Would You Do? is a national awareness campaign designed to raise awareness of domestic and sexual violence, to bring about a change in societal behaviours and to activate bystanders with the aim of decreasing and preventing this violence.

It shifts the focus from the victim to bystanders to help prevent this violence and hold the perpetrator to account. It recognises that women and men are victims.