The Alliance for Insurance Reform hopes to see reductions in the level of damages awarded, to bring them into line with other jurisdictions, and reduce insurance costs 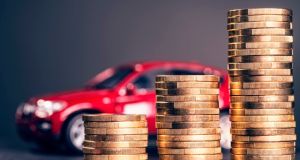 An Alliance survey found insurance costs had risen by 204 per cent in five years, and that just under half (49 per cent) of respondents said rising insurance costs were threatening the future of their organisation. Photograph: Getty Images

If business owners around the country were allowed to gather together it wouldn’t be long before a chant of ‘What do we want? Insurance reform! When do we want it? Now!’ broke out.

The high cost of insurance has posed an existential risk to many of them for years.

Finally however, it looks as if the problem of ever escalating insurance premiums, driven by excessive personal injury damages, could be resolved once and for all.

For businesses already battling with Covid-19 and its devastating economic impact, it’s a significant light at the end of what has been a long and darkening tunnel.

In October the newly instituted Judicial Council will issue its guidelines for appropriate levels of damages for personal injuries.

The Council, which was formally instituted last year, consists of all the judges in the state. Its work covers a range of areas but for businesses, the key focus is its Personal Injuries Guidelines Committee, which is due to issue new recommendations by 28th October.

Such is its importance that the Alliance for Insurance Reform, a group of 39 representative bodies, has a countdown clock on its website, similar to that used for key moments in Ireland’s life, from the Millennium to Brexit.

The committee’s guidelines, once adopted, will replace the current Book of Quantum, which lists specific injury types and indicates the level of compensation likely to be awarded.

The Alliance hopes to see the level of damages awarded for minor soft tissue injuries reduced by 80 per cent, to bring them into line with other jurisdictions.

Businesses pay the cost of these injury awards through excessively high insurance premiums for everything from personal liability to motor insurance.

Damages account for more than half of every insurance premium, making it impossible to address the latter without first addressing the former.

The Alliance for Insurance Reform’s membership spans tourism, leisure, car hire, hospitality, retail and concrete manufacturers as well as representatives from the voluntary and community sector.

“This diversity tells us that the issue of insurance is now a societal one”, says Alliance for Insurance Reform director, Peter Boland.

It’s not just businesses that struggle with it.  “Community centres, sports organisations, cultural groups, street artists are all finding it hard to get cover. Right now it has been cloaked to an extent by Covid-19, but if Ireland is to recover from the pandemic, both economically and socially, insurance will have to be sorted,” says Boland.

Small businesses are often called the backbone of Ireland’s economy. In fact they are its entire body. They make up 99 per cent of total enterprises and account for 69 per cent of employment.

Earlier this year ISME, the small and medium sized business lobby group, launched a Fair Book of Quantum, which revised the range of values in the existing Book of Quantum downwards by 80 per cent for minor injuries.

It’s vital this is adopted.  “The issue of insurance costs has been an existential one for SMEs and voluntary groups since 2015,” said Boland.

An Alliance survey found insurance costs for SMEs and voluntary groups had risen by 204 per cent in five years, and that just under half (49 per cent) of respondents said rising insurance costs were threatening the future of their organisation. Insurance accounts for 10 per cent of charities’ expenditure.

“The full recovery of the economy through SMEs will not happen unless insurance is resolved,” says Boland.

“We cannot emphasise strongly enough how urgent it now is to get meaningful reforms in place.”

Tourism and hospitality has taken a hammering as a result of the pandemic and businesses will struggle to recover after it unless there is insurance reform, warns Eoghan O’Mara Walsh, chief executive of the Irish Tourism Industry Confederation.

“Prior to Covid-19, the biggest issue was the cost of insurance to businesses which either had to absorb rises or pass them on to customers, making them uncompetitive,” he says.

Insurance costs are second only to labour costs for many in his sector. “It’s expensive and it rises every year which is scary because every business needs liability insurance to trade, it’s not a discretionary item, it’s a fundamental requirement in law.”

Competitiveness will be key to its recovery. “Tourism is an internationally traded service. If we can be competitive, we win every time but if a US visitor goes online and has to pay more to book a hotel or rent a car here, they will just go to Scotland.”

The high cost of motor insurance affects householders and businesses alike. Tourists too are affected. Prior to Covid-19, one in three overseas visitors here rented a car, making it an important pillar of the industry.

Yet car rental companies are struggling to cope with motor insurance premiums that rose by 70 per cent between 2013 and 2016. More than half of the cost of these premiums goes to cover the cost of claims. Some 80 per cent of all personal injury claims reported are whiplash related, with awards four and a half times higher than in England and Wales.

“In relation to minor injury we are definitely an outlier. That has become clear to everyone and the knock-on cost of insurance is now a deciding factor in whether many businesses survive or fail.” says George O’Connor, vice president of Sales and Business Development for Europe, Enterprise Holdings, and spokesperson for the Car Rental Council of Ireland.

“The cost of minor injury claims is a big problem but there is now a chance to change for the better. All the work has been done. All the reports have highlighted how simple a problem it is.”

Business owners may not yet be able to gather and chant, but they are acting in unison.

Says O’Connor: “Now is a watershed moment for Ireland on insurance reform. The opportunity to take the right road lies directly ahead of us.

“Right now, there are thousands of businesses, all across Ireland, with their fingers crossed, hoping that the Judicial Council seizes this chance to create a fair and normal environment at the end of October.”