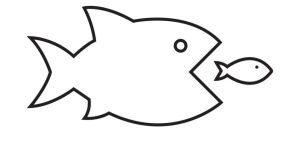 (BLM) (Bloomberg) – Hellman and Friedman’s $11 billion deal for Ultimate Software Group is the latest mega buyout that shows private equity firms are getting bolder and their deals are getting bigger.

The buyout firm had bounced back from a rebuffed €4.68 billion ($5.35 billion) bid for a majority stake in German tech firm Scout24 AG to land a deal for the US-based human resources software firm, agreeing to pay $331.50 per share in cash on Monday.

As private equity firms raise more cash for deals – the amount of dry powder available to fund managers has risen to $2.1 trillion, according to data provider Preqin – transactions are getting larger.

The number of private equity buyouts larger than $1 billion has been growing since the financial crisis and hit a high of 74 last year, the most since 2007, according to data compiled by Bloomberg. The average deal size in the Americas, Europe and Asia last year was more than $300 million, continuing an upward trend that started around 2009, according to research from financial data firm PitchBook.