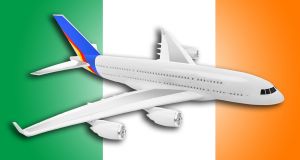 The Irish Aviation Authority describes Ireland as “A nation of aviators”. If that surprises you it can only be because the success of Ireland’s corporate aviation sector has gone over your head.

Among the achievements the IAA cites to back-up its claim is the pioneering impact of Guinness Peat Aviation (GPA), the late Tony Ryan-led enterprise credited with having invented aircraft leasing in the 1970s.

A more visible part of the late entrepreneur’s legacy is of course Ryanair, now one of the world’s largest airlines with around 119 million passengers annually.

Ireland’s aviation sector is undoubtedly impressive, contributing more than €4 billion to the economy. Around €1.3 billion comes through the supply chain and another €0.9 billion from associated spending by people employed in aviation – some 40,000 when you include pilots, maintenance staff and cabin crew.

But it is in the niche speciality of air finance that the country’s performance is truly exceptional. Ireland is now a global hub for the leasing and finance of aircraft, with nine of the world’s top 10 lessors not just having a presence but headquartered here.

These include world class companies such as AerCap, GECAS, Avolon, SMBC, AWAS and Orix Aviation. Together Irish based lessors account for more than $120 billion (€113.4bn) in aircraft assets.

There are currently more than 4,000 aircraft under Irish management. Indeed, half of the world’s leased fleet is managed out of Ireland, with an Irish leased aircraft estimated to take off somewhere in the world every two seconds.

This has helped put Ireland centre stage in major deals such as the announcement, in October last, that Avolon Holdings, part of China’s HNA Group, is to buy CIT Group’s aircraft leasing unit. Due for completion in Q1 2017, this $10 billion (€9.5bn) transaction will make Avolon – an Irish start up in 2010 – the world’s third largest aircraft leasing company, after AerCap and GECAS.

And the Irish double-tax treaty network is complemented not just by a competitive rate of corporation tax but the treatment of tax depreciation too.

However, the survey, which contains the views of more than 400 senior executives from the aviation finance industry, also indicated that “non-tax reasons” are a critical factor in the decision regarding where to locate too.

These include the skills base that Ireland can present across the aviation sector, including finance, legal, operational and technical skills. Ireland also has an effective common law legal system conducive to aviation finance, is English speaking and in the EU, and consistently ranks highly as a “best country for business”.

“In the last 12 months the air finance sector has performed very well and Ireland is getting a lot of the new business that is out there,” says Tom Woods, Head of Aviation Finance and Leasing at KPMG Ireland.

Lessors currently provide between 40 and 50 per cent of all aircraft funding and in the past year capital markets have been particularly active in providing lessors with that funding.

Roughly some 36 per cent of aircraft finance last year came from capital markets, 27 per cent from bank debt and 25 per cent from cash, with export credit agencies accounting for around 12 per cent – and falling. Given that ECAs are government-backed instruments used to de-risk aircraft purchases, their diminishing role is itself a sign of the sector’s strength, points out Angela Fleming, director, tax at BDO.

“Aviation has done well in so far as investors have come into the aircraft sector. Because of the low interest rate environment, they started to look into aircraft and found that, for the risk involved, the returns were higher. We have seen a huge amount of liquidity in the sector as a result,” says Tom Woods of KPMG.

While the strongest financial performance is being delivered by airlines in North America, the collective European, Asia-Pacific, Middle-Eastern, and Latin American carriers are all expected to be profitable, he says. Strong fundamentals including low oil prices, strong demand for air travel, and low interest rates, all contributed to this.

“While aircraft leasing continues to grow in terms of size and importance, evidenced by the projection that almost half of the world’s commercial aircraft fleet is expected to be provided under operating lease by 2020, options for more diversified sources of funding were available through 2016. Low interest rates and record low coupons helped fund more than $45 billion (€42.5bn) in secured and unsecured debt in the capital markets, with usage of the markets balanced among non-US airlines, US airlines and lessors,” says O’Callaghan.

“The abundant liquidity and extent of new entrants have caused the further weakening of lessor margins. Low lease rates, coupled with opportunities for sales, have resulted in several lessors selling aircraft throughout the cycle at attractive prices”

For Irish industry observers, the biggest single event of the past 12 months remains Avolon’s mega-deal with CIT, not just because of the size of the transaction value but because of the story it tells of consolidation within the sector and of the continuing investment in the sector by China.

“Within two decades China is expected to topple the US as the country carrying the most passengers, with 1.3 billion passengers predicted there by 2025, pushing the US into second place. India is expected to take up third place, displacing the UK, which will fall to fourth,” says Angela Fleming, BDO director, tax.

That the CIT deal makes Avolon the third biggest aircraft lessor globally, after AerCap and GECAS, after just over six years in operation, is a remarkable achievement, she says. “And the indicators are good for the future too - it’s not just that Chinese lessors that have chosen to come here, but Chinese banks as well. That is recognition of the enormous talent pool we have here. Stretching back to GPA in the 1970s, that talent pool is not something that can easily be replicated,” says Fleming.

“But we can’t afford to be complacent either. Government needs to be focused on protecting our position at the centre of global aviation finance.”

Between 5.2 and 5.9 trillion dollars’ (€4.9-€5.6bn) worth of new aircraft is scheduled to come on stream over the next 20 years. Up to half of that is likely to be leased, of which Ireland could account for half.

“That’s an enormous capital outlay – 20-25 per cent of the entire global demand for aircraft will be met by companies based in Ireland. And that’s just new aircraft. There will be an enormous amount of business done in the leasing and the selling on of older aircraft being replaced,” says Tom Woods of Head of Aviation Finance and Leasing in KPMG Ireland.

Ensuring the air finance sector here has the skills required to leverage this opportunity is key. KPMG has partnered with the UCD Michael Smurfit Graduate Business School to support its new Master’s degree course, an MSc in Aviation Finance, currently in its first year.

“We have spent a lot of time talking to the Irish based aviation industry and we believe, along with the Irish based lessors, that education should play an important role in sustaining and growing the industry,” says Woods.

The course is one of a number of specialist aviation courses now on offer around the country, including a range of undergraduate and post graduate aviation management and aviation leasing and finance courses run by Dublin City University and University of Limerick.