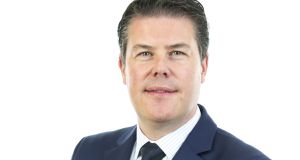 ORIX Aviation is a world-leading aircraft lessor, investor and aircraft asset manager having a portfolio of more than 200 aircraft worth $10 billion (€8.7 billion), on lease to about 70 airlines globally.

We own many of the aircraft outright and the rest we manage on behalf of third-party investors. Asset management is core to what we do, providing our experience and expertise as a service for our clients. These clients include US funds, various banks and a number of small to medium sized Japanese firms, attracted by the strong and very stable economic returns on offer.

We were founded in Ireland in 1991 and have been headquartered in Dublin throughout, recognising that Ireland is the worldwide centre of aircraft leasing. We are and have always been wholly owned by ORIX Corporation, a major financial services company based in Tokyo.

We employ just under 100 people; the majority are based in our headquarters in Booterstown, where we cover all necessary functions in-house. We also have an office in Hong Kong which opened in 2017, and a team in Tokyo, Japan.

Including aircraft sales and lease income, our annual turnover is well in excess of $1 billion (€880 million). In our last financial year, ORIX Aviation bought, sold or leased over 100 aircraft valued in excess of $4 billion (€3.5 billion). Year on year over the last 10 years, our growth has been spectacular with $30 billion (€26.3 billion) of executed deals.

2018 was the airline industry’s ninth successive year of above-average growth and net profitability; this has resulted in a healthy but also very competitive aircraft-leasing market for the last few years. We have grown continuously and selectively throughout. Last year we also acquired a 30 per cent stake in lessor Avolon for $2.2 billion (€1.9 billion), which demonstrates our long-term confidence in the industry.

Airfinance Journal conference set to draw over 2,000 from aviation industry

‘We are doing everything we can to encourage more women’

Putting diversity and inclusion at the forefront of Avolon’s culture

Aviation recruitment is booming and there are many ways in

Will our aviation industry continue to fly high?

‘SMBC’s fleet is one of the youngest in the world’