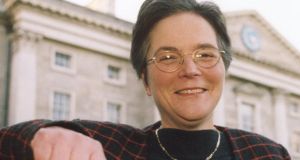 The issue of gender equality in Irish universities has attracted much public attention in recent months. The under-representation of women in senior academic positions is, and continues to be, a prevalent trend within the higher education sector. This is borne out by figures for all higher education institutions published by the Higher Education Authority (HEA) in December 2014.

The latest statistics reveal that while the overall academic staff divide in higher education is 50/50, men significantly outnumber women in senior posts. Across the sector, less than a third of senior academic positions in the country’s seven universities and 14 institutes of technologies are held by women.

More broadly, statistics also indicate that women still face many obstacles when it comes to career advancement in the public and private sectors. In Ireland the gender pay gap is about 4 per cent for the bottom 10 per cent of earners, but this figure jumps to 24.6 per cent when it comes to the top 10 per cent of earners. Women are seriously under-represented in the boards of management of Ireland’s top businesses. Irish women make up just 10.5 per cent of board members of the largest publicly-listed companies in Ireland, significantly below the EU average of 18.6 per cent (Tackling the Gender Pay Gap, European Union 2014).

Gender inequality is not unique to traditional sectors such as higher education or even to Ireland. Three months ago, the World Economic Forum reported the gap between men and women’s pay has widened so much that the UK has dropped out of the top 20 countries in the world for gender equality. Meanwhile, a study published last year by women’s lobby group Opportunity Now found men and women are equally likely to be top earners at the age of 29, but once a woman enters her 30s, pay packets differ dramatically: only 28 per cent of top earners aged 43, it found, are women.

Breaking the Boardroom: A guide for British businesses on how to support female leaders of the future

This is a complex situation with variables in individual cases that do not always feature in a macro-analysis. NUI Galway recently announced the appointment of Prof Jane Grimson, former vice-provost of TCD, as the chair of an independent taskforce to address the issue of gender equality in the university. The context in which this taskforce is being appointed is as a response to findings adverse to the university in equality cases taken by some staff members. It is intended to examine best practice in other comparable institutions and formulate recommendations to embed robust equality standards in the university.

Of course, the issue of gender discrimination is not confined to one university and the governing authority of NUI Galway has called on the HEA to initiate a statutory equality review of the Irish higher education sector by the Irish Human Rights and Equality Commission (IHREC) under section 32 of the Irish Human Rights and Equality Commission Act 2014. Systemic problems require systemic and not localised solutions. An independent review of the sector would, undoubtedly, be of great assistance in tackling what is clearly an issue of systemic concern for the higher education sector.

In 2004 the European Universities Association (EUA) carried out a sectoral review of the seven Irish universities. This review was commissioned by the HEA and the Irish Universities Quality Board. The ensuing report stated:

“Taking into account that 50 per cent of current students in Ireland are female, the EUA team would like to draw the attention of the universities to the gender composition of their staff, especially at senior academic levels. Only a small minority of universities mentioned this as an issue during the review process, although it appears to be emerging as a system-wide policy issue.”

Since 2004 the gender equality issue has again been raised by the IUQB in its periodic institutional reviews of universities. For example, in the 2011 review of University College Dublin it was noted that gender imbalance was an issue both nationally and internationally and concluded: “It would be opportune for UCD to monitor this issue and work within the IUA to discuss the position of women in Irish universities and determine what action might be taken by the sector to improve career progress for women.”

It is possible to address gender inequality and under-representation and to do so with impact. It requires serious engagement, rigorous analysis and a degree of institutional maturity. NUI Galway is taking a lead on this issue and I am confident that its independent taskforce will challenge the university to set standards that will be an example to the wider higher education sector and beyond.

The issue of gender discrimination will not be eradicated by universities acting alone. Contrary to what a very famous woman once said, there is such a thing as society. Fairness and equality cannot be presumed to exist in the society in which universities and other institutions exist. The wider societal context in which inequalities are pervasive must also inform any discussion on tackling inequality in one sector of society. The universities are more than equal to this task.

Catherine McGuinness is a retired Supreme Court judge and former senator. She was formerly chair of the Irish Universities Quality Board and was appointed chair of NUI Galway Governing Authority in May 2013

1 Are we really facing the death of the office?
2 New Zealand marks 100 days without a case of coronavirus
3 10 upgrades that will add value to your home and 5 that probably won’t
4 Gardaí cannot prosecute people who breach midlands movement restrictions
5 Covid-19: One more death and 174 further cases confirmed in State
Real news has value SUBSCRIBE