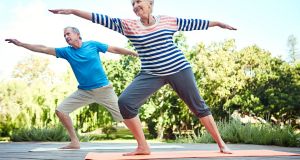 It’s that time of year again. “Burners” have been wandering around downtown sporting sequined faces and dragon wings.

They’re back from Burning Man, the monster sleepover in the Nevada desert. The “Playa”, as they dub it, drew 75,000 Burners this year. It began on a real beach in 1985 with a bonfire of a small wooden man, but since morphed into a philosophical, quasi-religious, multicultural, multigenerational Utopia.

We hear all about it when the returning Playa people dump Burner threads for our yard sale – and not your Stevie Nicks 1970s rags. I poked the pile and fished out a hand-painted T-shirt featuring Chewbacca on a Kawasaki. Strangely elegant.

Art is at the heart’s core of Burners, with their Instagram aesthetics, fire-dancing, symbolic jewelry, and ritually blazing sculpture of a wooden man. Their “Potlatches” or shared meals and gift-giving are borrowed from native Miwok and Ohlone rites. Insistence on giving gifts and burning of “The Man” is also native American-inspired.

This hippy-techie hybrid Utopia is steeped in Googleish “do no harm” juice– and it’s no accident. Google founders Larry Page and Sergey Brin are staunch Burners and hired their CEO there, Eric Schmidt.

So: communal perfectability? Perfectable community? Is this the nearest we can get to Utopia and inform “intentional living” ideals?

Well, to answer Aristotle’s perennial question of how good people should live we also have utopian retirement communities.

Phoenix Commons is an ambitious experiment on San Francisco Bay. As a high-functioning “intentional cohousing” haven for over-55s, it draws poets, writers, teachers and world-class cooks, and aims for a higher plane of living. It’s welcomed 31 active retirees to date with room for more. It’s spectacularly located on the bridge at Alameda, an architecturally thrilling hive of micro-apartments with views, catwalks, plus lavish communal facilities – jacuzzi big enough to fit a dozen, gym, library, lounge of sinkable sofas and a megascreen for Game of Thrones. Light-filled, pet-friendly, accented in avocado, orange and blond pine, it’s handy for subway and Alameda’s high street, where old-timey ice-cream parlours jostle fancy bistros.

Poet and writer Rose Mark and Larry Beresford moved in because they’re committed to communal living and both cook their boots off. I’m tempted to move in too when I see their pizzas and salads.

To get into Phoenix you plank down a modest deposit before committing for a unit (from $400,000). You must be active, 55 and willing to opt in. The founders are the Zimmermans – senior housing organiser Chris and his wife Darnelle, a seasoned nursing officer. Brother Stephen is manager. Experience morphed their idealism into Phoenix Commons, using cleverly creative step-by-step financing. Some drawbacks: meetings and 12 hours of monthly chores, though residents who prefer hiking instead can do so. Healthcare expertise helps, since Phoenix community is aging together. Rose, for example, writes about decluttering: much needed to live here. Larry writes for a hospice newsletter.

So they’re thrashing it out as they go and it’s a brave new world. But there’s no shortage of “intentional communities” or communes in California – and no shortage of pricey retirement communities either – from landscaped Rossmore with its hiking clubs, fine dining and earth-toned condos, to bare-bones studios in Berkeley, handy for Berkeley Bowl organic supermarket. Phoenix is different, much more aspirational.

It’s not quite the same in southern California, where one of the oldest communities is the prettiest and most sought after. Laguna Woods in Orange County qualifies as almost paradise on most levels, from the weather – Mediterranean-plus – to colonial-Spanish bungalows with patios, barbecues, succulents and sliding doors.

Well-protected and pretty diverse, it boasts several pools, golfing galore, fine clubhouse dining, full theatre with shows, plus more bridge than you can shake a cocktail stick at. All of this has pulled in the merriest of widows, like my buddy Jackie Gibson.

Mexican-raised and fluent in tongues, Jackie is a former hell-raising show dancer, with an immense gift for friendship. Now in her eighties, she works at an antique shop a few days a week. Independence is total. She’s had the most adventurous and colourful life imaginable, yet thrives here.

While there’s nothing remotely Aristotelian about Laguna Woods, it’s easy and sociable, with virtually everything done for you and a hospital on the grounds. It’s relatively affordable. A well-run maintenance team fixes everything, employs gardeners, and even remodeling crews.

There’s a social life and Jackie to have a laugh with. She has one basic piece of advice for newcomers: “Learn to play bridge.” She belongs to three clubs. All partners are welcome!