Landowners could still be liable for accidents involving hillwalkers 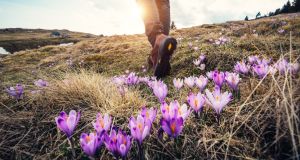 Should landholders abstain from improving trails in the belief that new structures like stiles, which do much to reduce damage to fences, will still leave them open to litigation?

This decision of High Court judge, Mr Justice Michael White, to overturn last April’s Circuit Court decision to award €40,000 to hillwalker, Teresa Wall, who was injured in a fall on a boardwalk in the Wicklow Mountains, will be greeted with a sigh of relief by all who take enjoyment or derive a livelihood from the Irish countryside.

There is no doubt that the original Circuit Court decision created a major problem for outdoor recreationalists and the rural tourism industry. Considerable areas of the Irish countryside had since been closed off, and had this decision not been overturned, it is likely that even more recreational space would have blossomed with no access signs. This would not only have been a great loss to the wellbeing of the nation, but would also have created immense difficulties for those individuals and businesses who survive by providing services for the almost 1.7 million overseas visitors who participate in countryside walking or hiking while on an Irish visit.

Here, the Circuit Court drew on the precedent of higher courts in forming its judgment; the problem is, however, that these cases involved injuries to plaintiffs using playgrounds. Local authorities have, of course, a duty to maintain such amenities in a safe condition, but it is difficult to see how this duty can be expanded to encompass thousands of square kilometres of unforgiving, inaccessible uplands. The playground cases are not even remotely similar to the circumstances of the Wicklow one, yet Judge Linnane in the Circuit Court was faced with circumstances where it was covered by exactly the same legislation.

Ruling on the appeal to the High Court by the National Parks and Wildlife Service, Mr Justice White said that when considering “the mechanism of her fall”, there was a “high degree of negligence on Mrs Wall’s part in that she was not looking at the surface of the boardwalk when she fell”.

The decision has been welcomed by farmers’ organisations, but many unanswered questions remain, as the wording of the 1995 Act has not been altered and remains in force. What about the circumstances where walkers are looking where they are going but are injured when, for example, a stile breaks beneath them? Can the landowner still be liable in these circumstances? Should landholders now abstain from improving trails in the belief that new structures like stiles, which do much to reduce damage to fences, will still leave them open to litigation?

If a positive is to be taken from this controversy, which has undoubtedly raised fears among landowners, it is that all interested parties appear to agree that those visiting wild, unsanitised locations must take responsibility for their own actions. If they suffer loss they should have recourse only to themselves or their insurer. Occupier’s liability cannot become a backdoor method where landowners are obliged to provide insurance for walkers quite capable of purchasing it for themselves.

The time has now come for the Government to stop expecting our courts to solve legislative conundrums for them. Existing legislation should be altered to ensure that walkers must take the upland environment as they find it and accept that trail furniture – placed for their safety or to protect the environment – deteriorates with the passage of time and must be used with due caution.