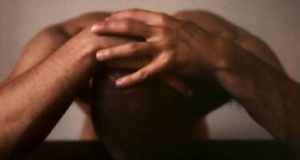 Abuses of vulnerable people are more likely to occur out of public sight, and institutions are not immune to ill-treatment of people in their care. Photograph: Getty Images

At the end of the week the Government is due to report to the United Nations Committee against Torture on how it is improving protections against torture and ill-treatment in Ireland. Among the long list of issues to be addressed is the process of ratification by Ireland of the Optional Protocol to the Convention against Torture, known as OPCAT.

OPCAT is an international human rights treaty which assists states in preventing torture and other forms of ill-treatment in places of detention. It does this by requiring a combined system of national and international inspection and monitoring. The idea is simple: to prevent torture or ill-treatment before it happens.

Ireland signed the protocol on October 2nd, 2007, but has not yet made it part of our own law through ratification.

Any child or adult deprived of their liberty is vulnerable to potential human rights abuses. This applies equally in a secure children’s care home, a nursing home or a prison. Abuses of vulnerable people are more likely to occur out of public sight, and institutions are not immune to ill-treatment of people in their care.

Ratification of OPCAT would oblige the State to have domestic systems of inspection and oversight that are entirely independent of government. The State would also have to facilitate inspection visits by the UN Sub-committee on the Prevention of Torture.

In practical terms this would ensure that there are independent inspectors with powers to enter unannounced and inspect any part of any place of detention at any time, to interview people detained in complete privacy and confidentiality, and to receive immediate disclosure of materials relevant to their treatment.

Such a system would come with the power to publish findings and recommendations, identify responsible persons, and indicate timelines for compliance without any ministerial involvement or control.

In the context of successive revelations of both historic and current abuses, sometimes systemic, of vulnerable people behind closed doors and high walls, it is inexplicable that a mechanism that actively seeks to prevent ill-treatment has not been ratified over 10 years after signing.

Among the other issues that the State is due to report on is the status of an investigation relating to ill-treatment of women in the Magdalene laundries. It is paradoxical that the Government will be unable to demonstrate progress on ratification of OPCAT, a mechanism that would prevent ill-treatment such as that experienced within the Magdalene laundries from happening today.

The urgency and energy that should have arisen from all the scandals about how people in involuntary detention have been treated in Ireland has not manifested itself in this process. Since 2015, the Department of Justice and Equality has had some consultation with civil society and relevant monitoring bodies on this issue, but taken little concrete action.

On July 6th, 2018, Minister for Justice and Equality Charles Flanagan affirmed his commitment to introduce the legislation needed to ratify OPCAT by the end of 2018. This commitment has been made before.

On May 23th, 2011, the then secretary general of the Department of Justice, Séan Aylward, stated that government had approved the preparation of legislation to ratify OPCAT. The as-yet-unseen draft legislation to give effect to OPCAT, the Inspection of Places of Detention Bill, remains under preparation in the government legislation programme, where it has languished since 2011. Progress is glacial.

A lack of leadership and decision-making around how best to implement OPCAT may underlie the delays. Alternatively, it may reveal an ingrained resistance to investing time and resources in independent monitoring and inspection structures that would hold the State to account.

Afghanistan acceded to OPCAT in April 2018, bringing the total number of states which have ratified to 88. It is an international embarrassment that Ireland cannot do the same.

At a time when Ireland needs to positively make the case for multilateral agreements and institutions, it weakens that case considerably for Ireland to be dragging its feet on ratification of such an important multilateral framework. Not doing so weakens Ireland’s voice when we make calls for international rules and commitments to be respected and maintained.

Ireland has made a bid for a non-permanent seat on the UN Security Council starting in 2021. Norway has been cited as a serious competitor. Norway has ratified OPCAT.

Ratification of OPCAT now would signal to the international community that Ireland is serious about protecting the most vulnerable from torture and ill-treatment, and that we will lead by example.

It would ensure that our standing as international leaders will not be undermined by ongoing failures to ensure the most basic protections at home. Most of all, it would demonstrate that we finally understand that to avoid repeating the institutional horrors of our history we must not only learn its lessons but act on them.