Flawed notion of ‘rape culture’ is lacking in logic 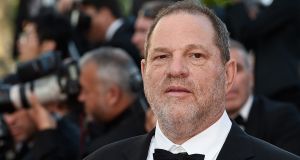 Harvey Weinstein: It is important we talk about the rape culture issue now, because we are experiencing an outpouring of sex abuse allegations on social media and elsewhere. After Weinstein, the deluge. Photograph: Loic Venance/AFP/Getty Images

It has become a feminist article of faith to believe in the existence of “rape culture”: the notion that sexual violence exists on a continuum, from low-level instances such as leering, wolf-whistling or cat-calling, right up to the most extreme: sexual assault and rape. Well, if that’s the orthodoxy, then I am a feminist heretic. I think “rape culture” is a myth, lacking in logic, which seriously disempowers women and teaches them to be victims.

It is important that we talk about this issue now, because we are currently experiencing an almighty outpouring of sex abuse allegations on social media and elsewhere. After Weinstein, the deluge. The #MeToo campaign is a great global roar of frustration against decades of male mistreatment of women (and, to a lesser extent, male mistreatment of other men) which is all the more forceful because it has been dammed up for so long in silence and shame. The personal stories themselves cover the full range from the moderately creepy to the truly depraved.

For many wronged women, this is a moment of catharsis and solidarity and high emotion. That is understandable. But as part of the process of sifting the evidence, it is vital we apply our cool, rational wits to separating the merely unpleasant encounters from the specifically actionable or even criminal. And this is where the flawed notion of “rape culture” lets us down: it fails to discriminate between the relatively trivial and the most severe. By that logic, a mildly bawdy text message from a colleague, or an unwanted wolf-whistle in the street, is part of the same spectrum that ends in forced sex.

Span is too broad

“Rape culture”, as a philosophical construct, simply doesn’t make sense. The span is too broad to be useful. Would we talk about “murder culture”, with nipping or pinching at one end of the scale, and homicide at the other end?

What’s worse, conflating the most borderline instances of sexist behaviour with genuine sexual harassment or assault only serves to trivialise these much more serious attacks on women’s agency and dignity. If they’re all part and parcel of the same thing, how do we distinguish between outrageous acts of molestation and minor infringements of the social code?

It’s one thing to tell a sexist joke, quite another to run your hand up a colleague’s skirt, or worse

Proponents of the idea of “rape culture” – some of whom apply the unfortunately nebulous term “rapey” to a wide variety of jokes, books, songs, films and so on – argue that bad behaviour towards women, whatever the degree, derives from the same fundamental attitude of contempt or disrespect.

It’s one thing to tell a sexist joke, however, and quite another to run your hand up a colleague’s skirt, or worse. There is no causal connection there, no shared culpability. Where’s the evidence? Wolf-whistling is not a gateway drug for date rape. Chatting up a woman at a bus stop may make you an irritant, or even a pest, but it is not tantamount to sexual assault.

Let me be clear, the reason I make these points is not to let male abusers off the hook. Those who routinely prey on women must be exposed and punished, not through the anonymous medium of social media, but in an employment tribunal or a court of law. Even for less indictable incidents, where it’s more a matter of inappropriate behaviour – such as that tired classic, the wandering hand on knee – these sleaze-merchants should be loudly called out on their actions, not excused or covered up.

But I believe that encouraging women to see themselves as potential victims, constantly under threat in a hateful, predatory culture, essentially disempowers them. Risk exists, undoubtedly, but rushing to meet it half-way, automatically approaching encounters with a default sense of dread, fear and suspicion, does nothing to further female agency – it only serves to hold it back.

Fostering civilised attitudes to the opposite sex should begin in earliest childhood. Just as it is important that we bring our sons up to treat women with respect, which should certainly include a thorough understanding of the principle of consent, so we must teach our daughters to see themselves as strong, independent and equal individuals, ready to face the world, confident in their own ability to handle whatever they encounter.

1 Coronavirus: People to be allowed to travel anywhere in their county from Monday as Ireland moves to exit lockdown
2 California police fatally shoot 22-year-old man on knees with hands up
3 Unlocking Ireland: What exactly will happen in phase two on Monday?
4 Donald Trump is in trouble, and that could spell very bad news
5 ‘Get the eff out of this country’: Irish racism, as heard on Liveline
Real news has value SUBSCRIBE