Water: a plan to quench the capital’s thirst

The €1.3bn project by Irish Water to supply Dublin and Midland with water from the Shannon deserves close scrutiny 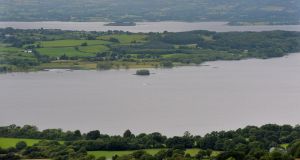 The €1.3bn project by Irish Water to supply the Greater Dublin and Midland regions with water from the river Shannon deserves the closest scrutiny. Photograph: Alan Betson

Irish politicians and officials have a very poor record in forward planning and joined-up thinking. That is why the €1.3 billion project by Irish Water to supply the Greater Dublin and Midland regions with water from the river Shannon deserves the closest scrutiny. Its development should not conflict with other Government-related undertakings, while the tourism potential of a greenway along the 170km route should be considered.

The scheme will provide a secure water supply for 40 per cent of the State’s growing population during the next 30 years. It is hugely ambitious. An Bord Pleanála will be asked to approve the construction elements next year and, because of opposition from affected landowners, it may impose constraints. A separate application will be made for water abstraction. There is little doubt this vital piece of infrastructure will, after more than 20 years of sporadic preparation, get the go-ahead. Because of inadequate government investment over many decades, water and sewage services to households and industry are on the brink of collapse. Two days of snow and icy conditions in February disrupted water supplies in Dublin and in six other counties. Risks to public health become magnified in summer.

While Irish Water plans to abstract 3 per cent of the available water at Parteen Basin in Co Tipperary, people upstream are campaigning for an aggressive flood relief programme. A recent drainage scheme endorsed by former minister Seán Canney would reduce the level of the Shannon by half-a-metre in summer and in winter, with knock-on effects for navigation and water availability. As climate change takes hold, drier summers and wetter winters can be expected.

Some 94 per cent of the water from Parteen reservoir is used by the ESB to generate electricity at Ardnacrusha, where its turbines and sluiceways have all but destroyed the salmon and eel populations of the Upper Shannon. Any new regime should ensure that water abstraction rates are tightly controlled; that the ESB provides effective upstream and return-to-sea systems for eels and smolts and that the original river channel receives a more generous flow.

Few people welcome change. But this scheme, properly co-ordinated and involving local communities, could have an impact far beyond the provision of water. The terms on which the authority acquires a 50-metre-wide ribbon of land stretching from Limerick to Dublin, where it will bury the water pipe and retain a right-of-way, could be crucial. Some 500 farmers are expected to receive compensation from the public purse for loss and disruption. Any subsequent fencing and promotion of this corridor, as a cycling/walking route through “Hidden Ireland”, would generate income and employment for many small towns and villages along the route.

1 Anti-alcohol zeal of public health experts peppers reopening debate
2 Miriam Lord: Helen McEntee holds up well for someone with barely a leg to stand on
3 Covid-19: Government set to reject advice and approve reopening of gastropubs and restaurants
4 Admission of mistake in Oxford vaccine dose raises doubts over reliability
5 Restaurants and gastropubs to reopen in December under Government plan
Real news has value SUBSCRIBE