Dublin must reassure unionists in relation to united Ireland

Government must make it clear it is committed to Belfast Agreement 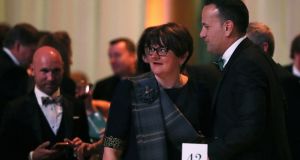 To voters in 2016 it must have seemed a simple binary choice: yes or no to UK membership of the European Union. They can hardly have foreseen that their decision would raise testing constitutional questions – for the EU, for the UK itself and for Ireland, north and south.

For the EU the test was of a provision added to the treaties in 2007, which for the first time allowed a member state to leave what had previously been thought of as an indissoluble union. Unlike the UK, which is a secure, well-established polity whose antecedents as a state go back 1,000 years, the EU is a recent construct, a new kind of polity, unprecedented in international life. Its ‘constitution’, insofar as it has one, is simply the treaties which prescribe its functioning and set limits to its power to act, and the laws and regulations based on those treaties which it has adopted over the past 60 years.

The decision by an important member state, the world’s fifth-strongest economy, to leave tested not only the capacity of the union to negotiate its departure but the cohesiveness of the remaining 27, the integrity of the structure they co-operated to create, and their support for the small state most deeply affected. The union has met that test well.

The UK, in contrast, is in disarray over Brexit. Serious tensions have emerged in regard to three particular aspects of its unwritten constitution.

One such tension results from the introduction in 1975 of decision-making by referendum into a system which, historically, was based solely on parliamentary sovereignty. The Brexit referendum was the third, and most controversial, occasion when a people’s vote, albeit with the agreement of parliament, was used to decide a major issue.

In Ireland, as in many other states, sovereignty rests with the people: article six of the Constitution is clear on that. In the UK, in contrast, since the ‘Glorious Revolution’ of 1688, sovereignty has resided in “the monarch in parliament”. Now, parliament, and the popular will expressed through a majority vote, appear sharply at odds on ‘getting Brexit done’. So the issue of where sovereignty ultimately rests is being tested, under pressure, in a confusing debate about the most consequential decision facing the UK since 1945.

A second tension arises from the government’s attempt to use "prerogative powers" – a residue today of royal authority from another era – to take important decisions without reference to parliament. The supreme court restrained it twice from doing this on Brexit-related issues.

The creation of a supreme court in 2009 introduced another potentially important actor into the UK governance system. The court has recently been drawn on two occasions into adjudicating on matters of constitutional importance – for some in the UK, a disturbing new development.

In Ireland, difficulties arise not only from Brexit itself but, paradoxically, because the efforts quite rightly being made to ameliorate its worst consequences for Northern Ireland seem to be imposing severe strain on constitutional aspects of the Belfast Agreement.

The agreement was not a definitive settlement of the historic problem on this island but a balanced approach to building peace over time. The underlying idea was that once the agreed conditions for any possible future constitutional change had been clearly established, ratified in concurrent referendums, and endorsed into the Irish Constitution and into UK law, there would be a gradual – and non-threatening – convergence of interests. Over time this would soften the sharper aspects of the conflict between identities, which, historically has been a potent source of conflict in this island. The possibility of finding some more definitive settlement could then safely be left to a future generation.

The shared interests of the UK and Ireland through their partnership in the EU single market and customs union were a benign background which was taken for granted at the time. Brexit now sets us on sharply diverging paths just when, for other several reasons, the Belfast Agreement is already under strain. Each of the two main parties is still engaged in a zero-sum game. The political institutions established under the agreement have not met for three years; DUP members are offended that Westminster imposed legislative change on abortion and same-sex marriage; Sinn Féin is calling for an early referendum on Irish unity; and unionists feel threatened by demographic change.

Under the new withdrawal agreement, Northern Ireland, though legally within the UK customs union, will retain most of the benefits of the EU single market and customs union so long as a majority in the Assembly give their consent. Though they do not want a hard border, unionists, particularly the DUP, fear that this distances Northern Ireland from Britain; and they argue that cross-community consent is required under the Belfast Agreement.

There are good counter-arguments: “cross-community consent” applies only to decisions on devolved issues; and the EU could hardly accept a possible veto by one party in a regional Assembly on EU single-market issues. One could also point out that the UK electorate’s decision to leave the EU notwithstanding a Northern Ireland majority vote to remain was itself a serious breach of the ‘consent’ principle. Whatever about these arguments, we have to be concerned if unionists find the proposals threatening and unbalanced.

No doubt in behind-the-scenes contacts the Government has emphasised that the new proposals do not change the solid constitutional assurances of the Belfast Agreement. It might also be timely to recall more publicly that under its terms Irish unity for the first time is a matter for concurrent decision, north and south. If and when it comes about it could involve a fundamental restructuring of this State. This must surely impose a particular responsibility on the Government to counter any opportunistic calls for an early – and destablising – referendum in Northern Ireland; and to assure unionists that, in accordance with article three of the Constitution, we would want it only if it could be achieved “in harmony and friendship”. Our priority for the foreseeable future must be that the Belfast Agreement and the new deal between the UK and the EU should work well for all of us on this island.