Diarmaid Ferriter: Telling our children about the Easter rising is still no easy thing 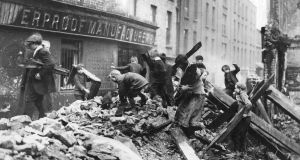 Easter Rising 1916: Commemorative periods prompt much propaganda and education is essential to counteract it.

The Children and the Revolution supplement published in the Irish Times this week, along with the launch of the government’s 2016 education programme are a reminder of the challenges and opportunities that have always been apparent in relation to communicating the significance of the 1916 Rising to young people. During the formative decades of the state, concern was sometimes expressed about whether enough was being done to educate schoolchildren about the Rising. In 1933, the Minister for Education, Fianna Fáil’s Tomás Derrig, relayed a message from Michael Brennan, chief of staff of the Irish army, who had told him “about the lack of knowledge of the 1916 leaders and of the events subsequent to 1916 displayed by boys with the Leaving Cert”. What was needed, Derrig suggested, was a “record of facts” from “the Irish point of view”.

What constituted such a record was of course debatable and this was an era when both heroic and score-settling narratives between pro and anti Treaty sides abounded, but one thing that did emerge from Derrig’s concerns was the beginning of the idea that evolved into the Bureau of Military History. This involved taking witness statements from 1916 and war of independence veterans, which were then sensibly locked up in 1959 and not released to the public until 2003 so that they would be seen as history rather than current affairs.

These are the kind of sources that offer a chance for educators to stress the range of narratives relevant to Ireland 100 years ago that are now available. They exist alongside a changed political and scholarly environment where the idea of “shared histories” is paramount, with stress on multiple definitions of service, loyalty, suffering and sacrifice. Such factors amount to an invitation to complicate formerly simplistic narratives.

Some may have reservations about another centenary initiative, which involves two battalions of the Irish army working to deliver the national flag and 1916 Proclamation to every school in the state, but if it is accompanied by contextual information and enhances knowledge about history it could be very constructive. What is undesirable is a situation akin to that described by the Irish Times just before the 1966 commemoration of the Rising, when it was asserted “our young people want to forget…the past is not only being forgotten by the young, it is being buried with great relish and even with disdain”. Such a burial can ultimately lead to what renowned historian Eric Hobsbawm referred to as people growing up “is a sort of permanent present, lacking any organic relation to the public past of the times they live in”. The tricolour initiative, accompanied by a booklet that explains the origins, symbolism and correct usage of the flag, is also a reminder of the need to educate so that abuse of history and its symbols can be recognised and resisted; commemorative periods prompt much propaganda and education is essential to counteract it.

In relation to the 1916 centenary, political parties will craft their own narratives, some more selective than others and some for the purposes of a crude marrying of different eras of history. Gerry Adams, for example, after the recent state funeral for Thomas Kent, suggested other politicians should “hang their heads in shame” over an inconsistent approach to “Irish patriotism”. He maintained they eulogise the “good old IRA” of the war of independence period, “but then the hunger strikers of 1981 and other heroes of that period don’t deserve the same honour”. Conscious of the era we live in however, he did add “you do have to judge every event and everyone in their own time”. This is the kind of rhetorical balancing act common with contemporary Sinn Féin, but how serious is Adams about context, complications and contradictions in relation to the history of Irish republicanism during different eras? After all, in 1980, Adams wrote to Bobby Sands to tell him Sinn Féin was “tactically, strategically, physically and morally opposed to a hunger strike”. Will such inconvenient truths be overlooked in a desire to merge different periods of Irish history into one neat commemorative parcel wrapped in a green Sinn Féin bow?

There is also the question of what constitutes the “national space”. Sinn Féin is determined to run a series of events commemorating 1916 in parallel or in opposition to state events, having declared the government’s plans are “shambolic” and inadequate. One Sinn Féin initiative, unveiled in its 2016 programme, is “The Rising 2016 son et lumiere”. The intention is to use “the portico of the GPO as a giant screen. The Rising 2016 will run nightly from 24 to 29 April 2016 and will depict through 3D video mapping projection the story of the 1916 Rising played out on the actual headquarters”.

All very nice, I’m sure, but what right has any political party to claim ownership of the GPO, which is very much a “national space”? Such hijacking should be stoutly resisted.