Cliff Taylor: No windfall for Ireland from Apple 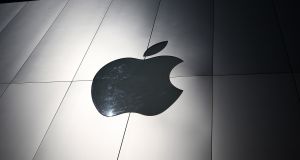 The idea that Apple is going to end up paying Ireland billions of euro in back-tax is fanciful. Sums of up to €19 billion have been mentioned, which would represent close to 10 per cent of our national debt. What a nice bonus that would be. But it’s not going to happen.

You would think tax rules are a matter of “fact” – and for most of us they are. You either owe the money to Revenue or you don’t.

Yet the world of big multinationals is different, with endless arguments about how rules work across borders.

What is at issue in the Apple case with Ireland is the level of profit declared in an Irish manufacturing subsidiary, and whether it was artificially depressed, meaning more tax should have been paid here.

The EU Commission argues that an artificial accounting device was used to reduce the profits reported here – and that the government here knew about it and was in effect offering illegal State aid to the US company.

Ireland and Apple argue they did nothing wrong. Whatever about changing the way things work in the future, the US side is particularly incensed about the demand for back-tax going back many years.

Political support has been rallied on this issue in Washington, and a clear message has been sent to the EU Commission that it should back off. There is now a big political call to be made in Brussels, against a background of what Irish sources say is a strong legal defence that nothing illegal was done.

Just how far do they push this one? It seems a politically-convenient delay in answering this question was engineered – the Irish side has been asked for “more information” – which will almost certainly push the whole thing out beyond the general election.

One of three things will now happen. First, some settlement could be agreed involving some tax payment by Apple and a concession that things will be done differently in future.

A settlement does not seem on the cards immediately, with Apple and the US still arguing the EU Commission case is wrong. But Apple will want to get rid of this once and for all, so it could happen.

Tax is a lot more complex than that. Given the politics of all this and that competition cases only involve financial penalties in a small number of cases, it would be a surprise to see the kind of phone numbers featuring in the public debate being reflected in the final ruling. “ It could be €1 billion,” as one source put it, “but I would be very surprised if it was €7 billion or €8 billion.”

In fact there is a strong economic case, outlined by UCC economist Seamus Coffey, that the tax is actually due elsewhere – in the US where the product was designed, or big European markets where it was sold, though the case at hand involves Ireland.

It is also possible that the commission will “fold its tent”, either making no ruling or rowing back so far that its final conclusion is relatively weak.

It would be a surprise if it did not issue some kind of adverse ruling given the strength of the initial finding against Ireland, although the delay may reflect uncertainty in the commission.

Ireland has gained hugely from its relationship with Apple, a company which employs 5,000 here and is planning major new investments in Cork and Galway.

Ireland has not been short-changed by Apple. We were part of a global chain, where tax advantages here were part of the attraction.

But the tax rules on which it is all based come from US law – it is a system with which successive US governments have been entirely complicit.

None of this changes the fact that the rate of tax paid by many big US multinationals on earnings outside the US has been ridiculously low, and that their shareholders have got a huge advantage over many years. Things are changing, and to keep their reputations the big players will pay more.

However, when you see how the US political system is now weighing in behind Apple you would wonder how far this will all go. The lobbying power of big business is huge, and their economic power is massive.

Anyone expecting many billions in back-tax to flow to the Irish exchequer from Apple headquarters in Cupertino, California, is likely to be disappointed.