With one day until election, YouGov poll shows Conservative lead over Labour shrinking 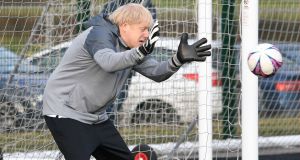 It’s just one day before Election Day and the Conservative lead over Labour is shrinking to the point where Boris Johnson can no longer feel confident of avoiding a hung parliament.

A comprehensive new survey by YouGov released last night, which uses a model that successfully predicted the outcome in 2017, puts the Conservatives on course for a 28-seat majority, down from 68 seats two weeks ago.

The model, which does not include Northern Ireland, suggests that the Conservatives would win 339 seats, Labour 231, 41 for the Scottish National Party (SNP) and 15 for the Liberal Democrats. But its margin of error suggests a range of possible outcomes for the Conservatives from 367 seats to just 311, far short of a majority.

YouGov interviewed more than 100,000 voters over the past week, using the multilevel regression and post-stratification (MRP) technique.

“It works by modelling the relationship between respondent demographics (age, gender, class or past vote) and their vote, and how this changes in different types of seat (region, marginality or incumbency). This model is then applied to the demographics and political circumstances in each seat, projecting results in each of the 632 constituencies in Great Britain,” according to Anthony Wells, the pollster’s director of political and social research.

The poll predicts that the Conservatives will make gains from Labour in the Midlands and the north of England but Labour now looks set to hold 18 of the seats YouGov predicted two weeks ago that it would lose. The Tories are also doing less well in Scotland and are now on course to lose five of their 13 seats to the SNP. And Labour could benefit from tactical voting in London and the south of England, holding marginals like Canterbury and Kensington and gaining Putney and Chipping Barnet from the Conservatives.

This would see environment secretary and former Northern Ireland secretary Theresa Villiers losing her seat. A small swing away from the Conservatives could also see foreign secretary Dominic Raab losing his Esher and Walton seat to the Liberal Democrats and former Tory leader Iain Duncan Smith lose Chingford and Woodford Green to Labour. Crucially, there are 85 seats where the leading party is ahead by five points or less, making them too close to call.

As I report here the party leaders will spend the last day of the campaign travelling across the country to drive home their core messages.

Labour’s closing campaign ads include this evocation of the Blitz spirit with Jerusalem as the soundtrack and this appeal to the values of solidarity and community featuring singer Emily Sandé.

The Conservatives have Boris Johnson looking a litter sinister on the doorstep in this pastiche of Love Actually and this appeal to voters’ weariness of arguing over Brexit.

The Conservatives will hope that the YouGov poll will serve as a warning to their supporters that victory cannot be taken for granted and that they must go out and vote tomorrow. Labour will be encouraged by the evidence shown in the poll that they can still deny Johnson his majority if they can get out their vote.

Kathy Sheridan says truth has been the election’s first casualty.

“Instead of seeing tragedy, Boris Johnson saw an opportunity” - Dave Merritt on the prime minister’s response to his son Jack’s killing by terrorist Usman Khan.

Boris Johnson campaigns in the Yorkshire, the Midlands and Wales before a final campaign event in Essex.

Jeremy Corbyn campaigns in the Midlands, Yorkshire and the south of England before an eve of poll rally in London.

Jo Swinson campaigns in the south of England with her final event in foreign secretary Dominic Raab’s seat of Esher and Walton.