Turkish journalist sentenced to jail for work on Paradise Papers 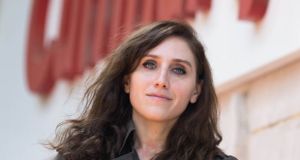 A Turkish journalist has been sentenced to more than a year in jail for her work on the Paradise Papers investigation into offshore tax havens, because the inquiry revealed details of the business activities of Turkey’s former prime minister and his sons.

Pelin Ünker, a member of the International Consortium of Investigative Journalists (ICIJ), has been found guilty in an Istanbul court of “defamation and insult” for writing about companies in Malta owned by Binali Yildirim and his sons. Mr Yildirim was prime minister of Turkey from 2016 to 2018, when the post was abolished, and is now the speaker of the country’s national assembly.

After the sentence was issued, Ms Ünker told the ICIJ she intended to appeal, pointing out that the Yildirim family had already admitted that articles about their Maltese businesses arising from the Paradise Papers investigation were accurate.

She said: “This decision is not a surprise for us. Because the result was certain from the beginning. There is no criminal offence or defamation in my articles.

Turkey has the world’s worst record for jailing journalists, with 68 in prison at the end of last year, according to the Committee to Protect Journalists. All the jailed reporters are facing charges of crimes against the state.

The Paradise Papers revelations stemmed from a mass leak of documentation on the offshore financial industry published by a consortium of 90 media outlets across the world, including The Irish Times.

The investigation has sparked new or expanded criminal investigations in Switzerland and Argentina and accelerated the process of reform on the issue in the EU.

The ICIJ’s director, Gerard Ryle, condemned Ms Ünker’s jail sentence of 13 months as the latest in a long series of attacks on free speech in Turkey.