New divisions and tensions in Europe

Opinion: How can the EU become more effective? 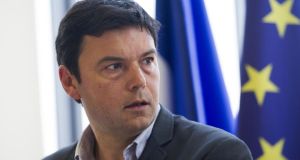 ‘Thomas Piketty and a group of French academics propose that a common tax base must be agreed in the euro zone along with a fiscal capacity, debt mutualisation and much deeper political integration to provide democratic accountability.’ Photograph: Fred Dufour/AFP/Getty Images 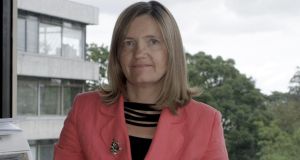 ‘Brigid Laffan, now head of the Schuman Centre in The European University Institute, spoke of . . . the new fissures between creditor and debtor states, northern and southern ones and how these contribute to a loss of trust and legitimacy.’

At national level we have politics without policy and at European level policy without politics. This diagnosis of the European condition was made several years ago and expresses growing frustration among electorates with the location and accountability of power.

Yesterday was Europe Day in the EU’s calendar, in honour of Robert Schuman. It offers an opportunity to examine the pathology of that condition and efforts to bridge the gap between policy and politics. Unless they are brought more into line there is a real danger many voters will respond by opting for defensive or reactive populism directed against political elites in the European Parliament elections and subsequent national polls.

Other accounts of the same problem reach similar conclusions about the need to organise greater political and democratic engagement, as EU policies affect more and more everyday conditions and standards of living.

Speaking yesterday in Florence, Brigid Laffan, now head of the Schuman Centre in the European University Institute, spoke of the deep tensions between the Brussels beltway and domestic politics and the new fissures between creditor and debtor states, northern and southern ones, and how these contribute to a loss of trust and legitimacy (see eui.eu for videos).

Contestation
As she sees it, political elites in the beltway must accept that a new period of politicisation and contestation of EU policy- making is here to stay. They must set out a narrative about choices and argue for them, in response to demands for more voice from citizens.

It is a period of transition, as the party groups propose candidates for presidency of the commission and seek to align its leadership with the election results. It remains to be seen if these efforts boost turnout so the new EU political leadership actually reflects voters’ policy preferences.

The EU’s decision-making capacity proved sufficiently robust to bring it through the euro zone crisis. National electorates within the zone, including Ireland’s, must get used to much more intrusive regulation and co-ordination of policy with other members if the system is to be effectively managed. But it is still not strong enough to weather another market-financial shock like 2008-2012. So the debate on how to strengthen the system continues.

Thomas Piketty and a group of French academics propose, for example, that a common tax base must be agreed in the euro zone, with a fiscal capacity, debt mutualisation and deeper political integration to provide democratic accountability. They propose a second chamber in the EU parliament drawn from national parliaments (see www.theguardian.com). Such change is intended to bring system and socio-political integration into line, with a fear that otherwise the EU system will fragment or become more oligarchical.

Thus we face two kinds of debate about its future.

One concerns whether this multi-level politics and policymaking is required to manage globalisation. Believers argue individual states, even the EU’s largest, cannot do this on their own in an interdependent world, but must pool resources and capacities to multiply their influence.

Sceptical view
Sceptics say national sovereignty can better protect citizens and advocate withdrawal – as with Ukip, and the National Front in France.

The other debate is about what kind of Europe we want to see the EU creating. This divides more on left-right lines than in-out ones, pitching solidarity and redistribution against budget consolidation, austerity and deregulation.

To see how individual voter preferences break down on these issues it is worth consulting the EUI’s EUandI online tool, based on detailed study of party programmes and policies. Many say this period of transition demands a new narrative of how citizens and nations relate to the EU, developing the existing ones based on geopolitical changes two generations and more ago.

A fresh, stimulating vision along these lines has just been published in Dublin and deserves attention. Entitled Europe is Our Story: Towards a New Narrative of the EU, it deals with the need for greater openness, democratic accountability in a more citizen-centred system where Ireland’s own values can be better realised (see iiea.com).

Geopolitics are back with a shock in Ukraine and in North Africa and the Middle East. This exposes a large gap between the EU’s soft and hard power and forces it to bring its capabilities more into line with expectations from citizens who want greater foreign policy coherence.

The EU is not a state, nor is it becoming one, so there are limits to what it can achieve in the face of internal divisions. But its neighbourhood policy embracing both regions has proved not fit for purpose. How to make it more effective is another large challenge facing the new leaders who will emerge after these elections.