Brexit: Barry Read says one issue is European Union ‘is designed around Germany’ 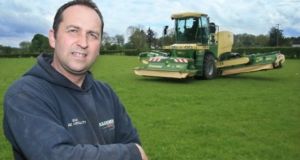 Co Fermanagh farmer Barry Read said he is surprised at how ‘shocked and unprepared everyone has been since the result came out’. 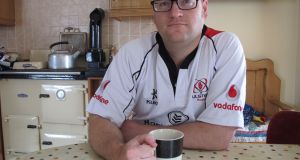 David Roe, from Derrylin in Co Fermanagh said he does not ‘understand Arlene Foster’s position’ on Brexit.

Farmer Barry Read from Maguiresbridge in Co Fermanagh is one of 19,958 people in the county who voted for the United Kingdom’s departure from the European Union.

On Saturday the result is still sinking in.

“I am more than surprised at how shocked and unprepared everyone has been since the result came out. Nobody had done their homework on what would happen if we voted out and now nobody in government or anywhere else knows what to say, or what to do,” said Mr Read, who has an agricultural contractor business.

He believes the European Union “is designed around Germany.”

“Four or five years ago I used to employ three full-time employees right through to winter but then somebody in Europe decided to have a slurry ban and now I employ one full-time person during the winter and the other two full-time jobs have become part-time.

Hopefully we will now be back in control of our own destination,” he said, adding that it is up to Westminster and Stormont now.

“If the people at ground level don’t put pressure on the politicians to try and do something for us post-Brexit we are going to miss an opportunity.

“It really is up to us to get off our arses and get a good deal for ourselves. If we don’t work hard we will be forgotten about.”

Hazel Johnston is the proprietor of the Jolly Sandwich Bar in Enniskillen but is less than jolly about the possible impact on the free movement that is enjoyed on both sides of the Border.

“We are a tourist town and business from our neighbouring counties such as Donegal and Monaghan and Leitrim and Cavan is very important. There is an uncertainty since the vote. People are very confused. We don’t know what the impact of this decision will be.

“There is nothing we can do or change about it. Where does it leave us now?” she asked.

She is not the only one with questions. In the village of Belleek, situated on the Fermanagh/Donegal Border, businesswoman Pauline Gilmartin spoke of her “horror” at the result.

“I am very shocked, I am heartbroken. I am very disappointed with the Fermanagh and South Tyrone result.

“We are sitting here with a lot of questions, and our questions are tinged with sadness, but then, the whole thing is very upsetting,” she said.

“I was watching the television for the result. I sat up the whole night and I tell you, there hasn’t been much work done today. I was watching the developments in horror. I always thought the European Union was a good thing. But now it is the fear, the worry and the not knowing. There is no plan.”

First Minister and Democratic Unionist leader Arlene Foster lives in this constituency and campaigned in favour of leaving the EU.

But her stance has been questioned by some.

“The UK is big enough, strong enough and ugly enough to look after itself. I think we will be fine, I do think the EU has itself to blame: it’s arrogant, out of touch,” he said.

Jemma Dolan lives on the Fermanagh/Donegal Border and works in the European Parliament.

She says she has witnessed “the bureaucracy, the failings and the nonsense” in Brussels but added: “I would never have believed that Britain would be irresponsible enough vote to leave.”

“The north is out on a limb now, with no one willing to step up and take responsibility for this mess,” she said.

“Does this mean custom checks when I simply want to visit my niece and nephew in Bundoran? When I travel to the airport I get Bus Éireann from Belleek to Dublin - will Bus Éireann even operate in the north anymore? Our country doesn’t need to be divided any more than it already is.

“The referendum has made me angry. It was called out of selfishness in the first place, without one thought spared to the situation in the north or how the island of Ireland would manage.