David Cameron gets referendum boost from European Court of Justice 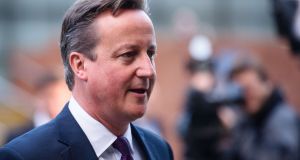 British prime minister David Cameron has received a boost ahead of the forthcoming EU referendum after the European Court of Justice advised in a legal opinion that the British government had the right to restrict social benefits to some foreign nationals.

In an opinion to the court, advocate general Pedro Cruz Villalón said it should dismiss a case being taken by the European Commission against Britain for its “right to reside” test for a number of social security benefits, including child benefits.

While the European Commission has argued that the British policy contravenes EU rules on the co-ordination of social security systems, which outlaw discrimination against foreign nationals, Britain has argued that it is entitled to restrict the benefits in certain cases as EU free movement rules state that a non-active person must have sufficient financial resources to avoid becoming a burden on the state.

In the legal opinion published on Tuesday, Mr Cruz Villalón – one of nine advocates general to the EU’s highest court – said that while EU citizens had the right to move and reside freely within the bloc, this was subject to certain limitations and conditions laid down in EU law.

A spokesman for the European Commission, which has been in constant conflict with London over access to benefits for migrants, said it did not comment on opinions issued by the European Court of Justice but would await the final judgment.

A British government spokesman welcomed the opinion, though also stressing that it was not the full judgment.

The issue of voting rights for prisoners has emerged as a highly sensitive topic in Britain, with the Conservative Party pledging to continue a ban.

Both issues are expected to feature in the British referendum campaign as the government tries to renegotiate Britain’s relationship with the European Union before putting membership of the bloc to a vote before the end of 2017.