Countdown to Brexit (end of transition):


The UK voted to leave the European Union on June 23rd, 2016 by a majority of 51.9 to 48.1 per cent, with a turnout of just under 72 per cent. This set the UK on course to leave the EU, but left all the details of its exit still to be decided. The timetable was set the following March 29th, when British prime minister Theresa May took the formal step, required under EU law to start the exit process, of triggering Article 50 of the Lisbon Treaty. Boris Johnson succeeded Theresa May as British prime minister in July 2019 as a withdrawal deal she had made with the EU on the terms of the UK’s departure was rejected by the House of Commons. Lengthy negotiations followed on the details of the UK’s departure and revisions to the withdrawal agreement. 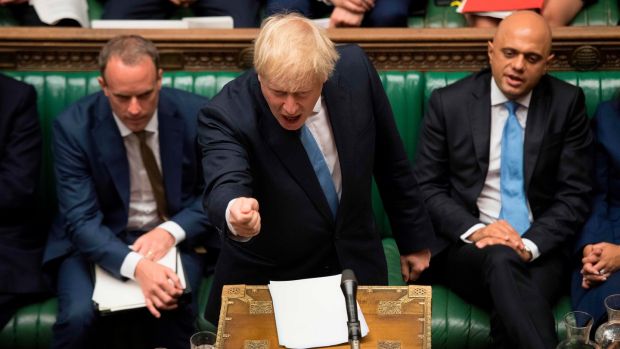 In his first speech as British prime minister Johnson described the backstop as “anti-democratic” and said that he was convinced he could do a deal with the EU without having to have checks at the Border.

Where are we now?

The UK is due to leave the EU trading regime and other co-operative arrangements at the end of December 2020. This is the end of the transition period, which was agreed as part of the withdrawal agreement, under which the UK left the EU at the end of January 2020. The transition period was to give time to work out what rules and arrangements would apply to trade between the EU and UK in future and how co-operation in areas like security and energy would work. However talks have been protracted and were ongoing at the end of November 2020.

Why this is complicated?

For a country to leave the EU is unprecedented ‑ and the extent of the complications has slowly become evident in the last couple of years. EU membership is a central part of the economy and society of all its members and unscrambling this and setting out how things will work in future is very complex. The EU operates as a customs union, a free trade area which allows goods to circulate freely, and a single market, with common rules and regulations. A trade deal would give the UK access to EU markets without tariffs, but it would not replicate current arrangements. So, new bureaucracy and cost is inevitable on trade between the EU and the UK whether there is a trade deal or not.

In late 2019 the two sides concluded the withdrawal agreement, setting the terms of the UK’s departure and a non-binding political declaration outlining how they saw the future relationship developing. The UK had been due to leave the EU at the end of March 2019 but the date was subsequently extended to the end of January 2020. A transition period was agreed to allow a formal deal on the future relationship to be negotiated, with trade the central topic. This will end on December 31st, 2020. An extension of the transition could have been agreed by the end of June, but this did not happen as the UK insisted it did not want one.

Why does the Irish Border matter so much?

The UK’s departure from the EU means Northern Ireland is leaving the bloc too so, without another arrangement, checks would be required along the 499-kilometre Irish Border as different trade rules would apply north and south after Brexit. The Border in Ireland will become the only land border between the UK and the EU after Brexit.

The 1998 Belfast Agreement, also known as the Good Friday Agreement, laid the foundation for Northern Ireland’s peace process with many all-island rules and institutions. Neither side wants the return of border checks because of the risk to peace whereby a physical border infrastructure would be considered a potential target for paramilitaries. Imposing Border checks would also severely disrupt life in regions on both sides of the Border where people have been able to conduct their lives relatively freely since the end of the Troubles and the dismantling of security apparatus at the Border.

In order to avoid all of this, an effective insurance policy called the Backstop was originally agreed by the EU and UK to be included in the withdrawal agreement. It was seen as a last resort to be triggered in the event of no better solution being found to avoid a hard border in a EU-UK trade deal. However, when the withdrawal agreement was published in 2018 by then British prime minister Theresa May the inclusion of the backstop sparked furious opposition from Northern Ireland's Democratic Unionist Party (DUP) which said it was an effective "border down the Irish sea" and risked the break-up of the United Kingdom.

Ultimately Ms May's agreement was rejected and the Backstop was replaced by the Northern Ireland Protocol.

As part of the withdrawal agreement, the two sides signed an agreement on Northern Ireland, known as the Northern Ireland Protocol. This is designed to avoid a trade border emerging on the island of Ireland, whether the two sides agree a deal on a future relationship or not. For this to happen, a way had to be found to control and monitor goods entering Northern Ireland from the rest of the UK, so that they could then flow freely into the Republic without putting the EU single market at risk. The protocol does this by ruling  that some checks will be undertaken on products as they cross the Irish Sea from Britain to Northern Ireland, to ensure safety standards, particularly in the area of food and live animals and to make the necessary customs checks. The North will  continue to apply EU single market rules in some areas, though it will remain in the UK customs union. How these arrangements work in practice was being negotiated in a separate committee to the main talks, though final agreement on the rules governing trade between Britain and Northern Ireland will be heavily influenced by whether there is an overall trade deal.

The protocol also says that after four years Northern Ireland’s politicians must be asked to give consent on whether the new arrangements should continue. This would involve a vote in the Assembly. If there is a vote in favour, then the issue would come up again for decision after another four years, or eight years if the vote includes sufficient numbers from both the Unionist and Nationalist communities. If the vote is against the arrangements, then there is to be a two-year cooling off period when an EU/UK committee considers how to proceed, respecting the Belfast Agreement and makes recommendations. 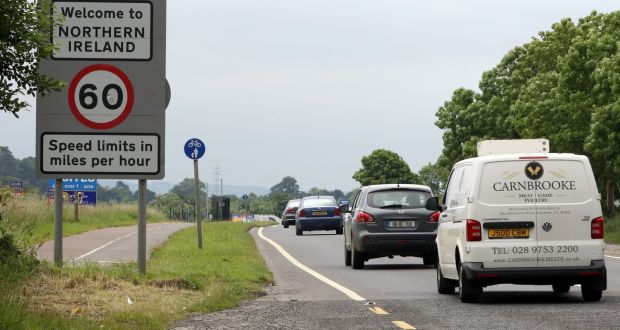 The two sides agreed that they want trade to continue on the basis of no tariffs – or import duties – applying on goods and on commonly agreed standards. However challenges have emerged in agreeing what rules the UK will accept in order to get tariff-free access to the EU market, particularly in what constraints will apply on State aid to UK companies. The EU is demanding what it calls a level playing field, to ensure that British firms cannot compete unfairly. There are also sensitivities about how future disputes between the two sides will be settled, with the UK seeking to escape the jurisdiction of the EU courts. Agreeing future fishing rights has also been a contentious and difficult issue  and one of vital interest to the industry in Ireland, which will want to retain current access to UK waters and current quota levels for fish.

Further tension has been added to the talks by  a decision of the Johnson government to get parliamentary approval for a piece of legislation called the Internal Markets Bill, which would allow it, under certain circumstances, to escape from legal commitments made in the Northern Ireland protocol. 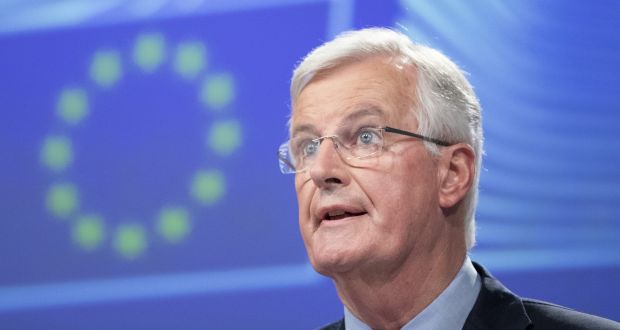 What is at stake?

If there is a deal, then trade between the EU and UK will take place on an agreed basis ­and further negotiations to improve the deal are possible subsequently. However trade between the EU and UK will still be subject to a whole new range of rules and checks as the UK will become a “third country” outside the EU single market. There could also be delays at ports as the new system beds down, although a new deal could seek to avoid this by agreeing that new arrangements could be phased in.

If there is not a deal, then there could be significant delays at ports and some products not arriving on supermarket shelves as the UK crashes out of the EU trading regime. Irish trade coming through the UK landbridge to Continental markets could be disrupted as the new regime takes hold.

A no-deal would also mean that trade between the UK and EU would be governed by World Trade Organisation rules, meaning tariffs would be applied by both sides. This would threaten the viability of some Irish exports to the UK, particularly beef and other food products which would face heavy tariffs.

The Northern Ireland protocol is designed to avoid an Irish trade border whether this is a deal or not. However if there is no overall trade deal and the UK an EU cannot agree how the protocol should operate, then it is not clear what would happen or how the control of goods entering the North and going on to the Republic would be managed. The Department of Finance has calculated the cost to the Republic’s economy of a no trade deal situation could be up to three percentage points off the 2021 GDP growth rate.