‘Irish boys’ alleged to have made millions in Australia scam 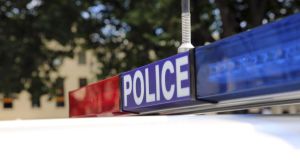 Four of the alleged syndicate ringleaders, including two Irish nationals, are in custody on serious fraud charges

Four of the alleged syndicate ringleaders, including two Irish nationals, are in custody on serious fraud charges after raids on Gold Coast offices connected to the alleged scam by the CCC and police on Monday.

One of these is Irish-born Stephen Keating, who was a principal target of the joint investigation, the CCC confirmed.

The alleged syndicate employed at least 45 people in their call centres and another office at Robina.

The Gold Coast, and the suburb of Bundall, in particular, has emerged as the centre of “boiler room” fraud in Australia, which the Australian Crime Commission says had pulled in at least $113m from victims up to 2012.

The CCC said the alleged scam, which the CCC claims sold “fraudulent computer software and managed investment schemes”, had operated over 18 months and netted at least 150 victims across Australia, but there were likely to be more.

The police will allege that “the companies behind this syndicate used techniques to deceive people, including the use of virtual offices, false identities, fake receptionists and fake testimonials,” the CCC said.