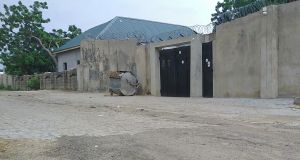 Nigeria has been warned it risks a humanitarian disaster if the government goes ahead with its threat to throw aid agencies out of the northeast of the country, claiming they are in secret league with extremist Islamic groups.

A spate of aid offices have been forcibly shut amid unproven claims that they have been acting as conduits for cash that has ended up with Boko Haram, or Islamic State West Africa Province (Iswap).

The Nigerian army is stepping up its 10-year effort to drive out extremists, and claims that, despite several warnings, aid agencies continue to provide aid to terrorist groups.

Two aid agencies have had offices closed in the past few days, and there are fears in the charity sector that the Nigerians are targeting as many as 10 independent humanitarian organisations. Talks are under way to try to defuse the breakdown in relations, and the charities say they often avoid transporting cash by road to avoid the risk of seizure.

The reprisals came at the same time as the brutal execution of a kidnapped Nigerian aid worker last Wednesday by extremists. The charity worker was among six aid workers employed by the Paris-based charity Action Against Hunger captured in July by Boko Haram during an ambush on a convoy close to the border with Niger.

Action Against Hunger is the biggest NGO involved the international humanitarian response in the region, and on September 18th had its office in Maiduguri, the capital of Borno State, forcibly shut by the Nigerian army. No warning or notice was given to the charity.

The army claimed in a statement that it had credible intelligence the charity was one of a number involved in subversive activities and was aiding and abetting terrorists, including by supplying drugs and food to extremist groups.

In an angry rebuttal, Action Against Hunger said it strongly rejected the accusation of “aiding and abetting” a terrorist organisation: “Action Against Hunger delivers neutral, impartial, and independent humanitarian aid to millions of people in Borno and Yobe States by providing basic services to the most vulnerable people, especially women and children.”

The charity added it stood ready “to support any investigation, and will work tirelessly with the Nigerian authorities to allay any concerns they may have about our operations in the region”.

A grab from a video released by Iswap purportedly shows workers from Action Against Hunger kidnapped in an attack on July 18th. Another international aid agency, Mercy Corps, also said on Wednesday that it had suspended its operations in the northeastern Borno and Yobe states, two of the worst hit by the violence. The charity made the move after the Nigerian army closed five of its offices, initially not providing any official explanation.

Boko Haram effectively runs four of the 10 zones inside Borno, near Lake Chad, but the army and the government are reluctant to admit the counter-insurgency is failing.

Mercy Corps’ head of media and communications Amy Fairbairn confirmed the organisation was seeking to work with the Nigerian army to resolve the position.

In December 2018, the army also suspended Unicef from operating in the northeast over claims it was training “spies” who supported Boko Haram – only to lift the ban later the same day after a meeting with the aid agency.

Iswap is a splinter faction of Boko Haram that swore allegiance in 2016 to Islamic State leader Abu Bakr al-Baghdadi. It has repeatedly attacked military bases and targeted aid workers in northeast Nigeria.

The UN humanitarian coordinator Edward Kallon said he was appalled by the killing of the aid workers, but added he was “extremely concerned by the increasingly dangerous and restrictive operating environment for humanitarian assistance”. In remarks aimed at the Nigerian army, he insisted the humanitarian community was working in line with the agreement reached between the government and aid workers, in place until 2021, to provide assistance to 6.2 million of the most vulnerable people.

The army has announced a fresh nationwide crackdown, starting on October 7th, designed to find and arrest criminals and terrorists.

Jeremy Hunt, the then foreign secretary, visited the area earlier this year, where he was briefed by a small British military team helping to advise the Nigerian army, but the degree of the UK military’s day-to-day influence over the Nigerian army’s strategy can be exaggerated.

One worker from an aid agency based in Nigeria that could not be named for fear of reprisals said: “If humanitarian agencies are kicked out of northeast Nigeria then thousands of Nigerian civilians will needlessly die, including many children; it will be a humanitarian disaster. Someone needs to ask the Nigerians and the UN some serious questions about how the government of Nigeria is getting away with this whilst it sits on stage in New York, presiding over the UN General Assembly and preaching about ending conflict and fighting poverty in the drive to reach the Sustainable Development Goals.”

The war with Boko Haram has devastated the population in rural northeast Nigeria, one of the poorest regions on earth. More than two million people have fled their homes, tens of thousands have been killed and many more injured, abducted and conscripted to join the fight. The International Committee of the Red Cross said last month that about 22,000 Nigerians have been reported missing during the decade-long crisis, nearly half of them minors.– Guardian