WHO to look into claims it exaggerated swine flu 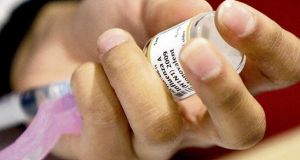 There are accusations that the WHO exaggerated the dangers of the swine flu virus under pressure from drug companies.

THE WORLD Health Organisation is to examine its handling of the swine flu pandemic after accusations that it exaggerated the dangers of the virus under pressure from drug companies.

The United Nations health agency will review the way it dealt with the outbreak of swine flu once the pandemic has subsided, WHO spokeswoman Fadela Chaib said.

“Criticism is part of an outbreak cycle. We expect and indeed welcome criticism and the chance to discuss it,” she said, adding the WHOs review would involve independent outside experts and that its results would be made public.

But she said it was too soon to say when the examination would take place or which experts would be involved.

The Department of Health said yesterday that as members of the WHO, Ireland will participate in any review should it be asked to do so.

In the meantime it is continuing to advise everyone in the at-risk groups to get vaccinated against swine flu to further protect against future cases of infection and a possible second wave of the disease.

Council of Europe parliamentarian Wolfgang Wodarg called for an inquiry into what he called a “false pandemic” and the way it was handled at national and European levels, claiming pressure from pharmaceutical firms.

The Council of Europe is to discuss the claim and whether drug companies influenced public health officials to spend money unnecessarily on stockpiles of H1N1 vaccines later this month.

Ms Chaib said the WHO took its work of providing independent advice to its 193 member states seriously, and guarded against the influence of vested interests.

Latest WHO figures indicate swine flu has killed at least 12,799 people whose cases were laboratory confirmed, but the real toll will take several years to establish, the WHO says.

It has also cautioned against comparing death tolls from seasonal and swine flu.

“Such comparisons are not reliable for several reasons and can be misleading. Numbers of deaths for seasonal influenza are estimates . . . in contrast, numbers of deaths from pandemic influenza, as notified by national authorities and tabulated by WHO, are laboratory-confirmed deaths, not estimates,” it said.

“Comparisons of deaths from pandemic and seasonal influenza do not accurately measure the impact of the pandemic for another reason. Compared with seasonal influenza, the H1N1 virus affects a much younger age group,” it added. – (Additional reporting Reuters)

Cross-Border travel monitored, beach car parks closed amid warning over ‘Ireland’s Cheltenham’ 12:44
Coronavirus: Cross - Border travel to be monitored over weekend 12:41
EU urges states to lift drug export bans to prevent shortages 12:19
Inflation ticks up 0.7% in year to March - CSO 12:03
‘When I look at the viral loads we find in elderly people, it is mind boggling’ 12:02