University students talk about growing up Muslim in Ireland, Islamophobia and choosing to wear the hijab. Video: Kathleen Harris 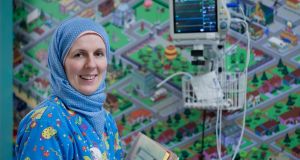 Brigid Aylward from Mullinavat, Co Kilkenny became a Muslim in 2008 but it wasn’t until she started wearing the hijab two years later that she felt like a full member of her new community.

“Everybody is on their own journey. If a [Muslim] woman decides they can’t cover or doesn’t want to cover, nobody will say anything to them. It can’t be forced,” she says.

“For the two years I didn’t cover, I used to feel bad that I wasn’t identified as a Muslim. It was an identity thing. Now, I actually love it.”

This is one of the reasons why she accepted an invitation to participate in an event at Waterford Institute of Technology (WIT) this Wednesday to mark World Hijab Day.

She and other members of the local Islamic community will meet students and staff at WIT, giving information about their religion and the hijab in an attempt to dismantle some misconceptions they say have grown about Islam and its beliefs and customs.

Organised by lecturer in world religions Colette Colfer, the event will include public talks and a display of different hijabs which can be tried on. 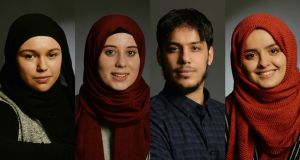 Young, Muslim and Irish Voices of a new generation on growing up a Muslim in Ireland

It is the only registered event taking place in Ireland as part of World Hijab Day, which was set up in 2013 by New Yorker Nazma Khan to fight prejudice and discrimination against Muslim women.

“I think it’s a such a real opportunity, and that’s how to perceive it; to hear about Islam and life as a woman wearing the hijab,” Ms Colfer said. “It’s one thing me telling [students] about it, but another thing to hear about people living it.”

There has been some negative reaction to this week’s event, she said, but mostly “people are interested in it and finding out more” about the religion. “There are so many misconceptions out there about Islam.”

A paediatric nurse in Waterford city, Ms Aylward converted to Islam after she worked in Saudi Arabia in 2007. She had already spent time questioning the Catholic faith she was born into.

“When I went to Saudi first, I was thinking the women are completely blocked out from society and how could they cover themselves like that, but at the same time I had an open mind. I was working in a children’s ward in the hospital and got to know the women behind the cover.

“They were so poor but so kind and it was this kind of gratitude and kindness that made me decide I needed to know more about their religion.”

Her own family back in Mullinavat have been supportive although her siblings and friends were initially dubious about her decision to convert, Ms Aylward said.

“The one person I was always conscious of was my mum and how she would take it. I have to say, she was one person who never told me not to do anything. She understood, when I was making this decision, to trust me to know it was the right decision for me.”

She has “never” had any negative reaction in Ireland to the hijab, or her religion, she said.

“Some people think it’s because of my husband and I say, ‘no, it’s completely for me’. Nobody can do anything in life without doing it from their heart. If I put that scarf on for my husband, I would hate it.”