Inquiry may be Stardust families’ last chance to get answers

Antoinette Keegan survived the Stardust nightclub fire in February 1981 but lost her sisters Mary and Martina to the blaze in which 48 people died and 214 were injured. Video: Bryan O’Brien 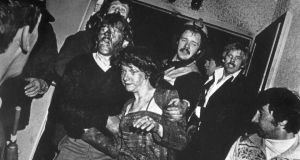 Survivors of the Stardust disaster being rescued by firefighters in 1981. Photograph: Myles Byrne/Irish Press Group 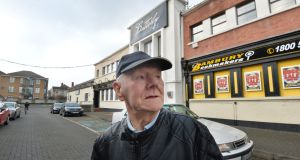 Jimmy O’Toole at the site of the former Stardust dance hall in Artane. He saw flames coming from the Stardust roof at 1.38am from his bedroom window. Photograph: Alan Betson 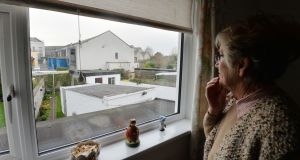 Brenda Kelly in her house from where she saw flames coming from the roof of the Stardust dance hall in Artane. Photograph: Alan Betson 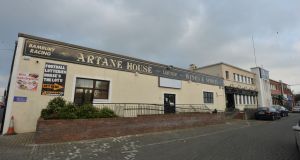 The site of the former Stardust dancehall in Artane. Photograph: Alan Betson

Brenda Kelly (82) still lives in the house on Maryfield Crescent in Artane, Dublin, from where she saw flames cutting through the roof of the Stardust nightclub in the early hours of February 14th, 1981.

Forty-eight young people died in the fire that swept through the club and 128 were seriously injured. It remains the worst disaster in the history of the State.

As the 36th anniversary approaches, relatives of the victims are even more certain than ever that they are being denied the truth about what happened.

Ms Kelly can describe the sounds that woke her at about 1.30 am. “I was woken by loud cracking noises,” she said this week. “I couldn’t wake my husband. I got up and looked out the bedroom window.”

Looking out that same back window this week, she points to where the Stardust once stood 200m away. “There was a lot of black smoke and the sky was red, with flames.

“I was watching it for a while and I thought it was strange that I couldn’t hear fire-brigade sirens. So I ran downstairs and rang the operator,” she told The Irish Times.

Her 999 emergency call was one of two that came into Dublin Fire Brigade about the Stardust. A second came from inside the venue from a doorman, Francis Doyle.

Giving evidence later to the Keane Tribunal, Ms Kelly said she checked the time on her electric bedside clock when the fire-brigade arrived. It showed “10 to two”.

Her 999 call was taken by fire officer George Glover. He told the tribunal the calls from both she and Mr Doyle came in at 1.43am. However, Ms Kelly’s 999 call is not recorded in the Keane report’s timeline of events that night.

This is the “crucial, missing 999 call”, say the families. In addition her call, made some time after she first saw the fire, puts the flames’ emergence through the Stardust roof before 1.43am – probably around 1.30am.

Ms Kelly was one of hundreds who gave evidence to the tribunal of inquiry into the fire, chaired by Mr Justice Ronan Keane. In his report, published in November 1981, the judge concluded: “The more probable explanation of the fire is that it was caused deliberately. It was probably started in the west alcove.”

The families have always rejected the arson finding – and felt it criminalised their loved ones. Though this was formally removed from the public record in February 2009, following a review of evidence by Paul Coffey SC, the families believe mistakes and inaccuracies in the Keane report are repeated in the Coffey review. Both reports say the definite cause of the fire may never be known.

However, the families say they have unearthed crucial new evidence over the last six years which “cannot be ignored” because it points clearly to the fire having started in the nightclub’s roof-space much earlier than when it was first observed in the venue at 1.41am.

The new information comes from two sources – an 18-month examination of thousands of pages of unpublished transcripts from the Keane Tribunal, and a number of letters proving, they say, that the original Garda map of the Stardust, drawn after the fire, was wrong.

According to the Keane Tribunal, flames were first seen “venting through the roof of the building” at 1.46am. However, Jimmy O’Toole (83) saw the flames jump “about 6ft high through the roof” at 1.38am from the house on Kilmore Road that he still lives in.

This week, he said he was still “absolutely sure of the time” because he checked his watch and remembers “telling the guards it was 22 minutes to two”.

“I saw the flames from my back window.” He had an even clearer view of the Stardust than Ms Kelly had. He remembers it was a “freezing” night – he ran out to the Stardust in “short sleeves and no jacket”. Eye witnesses that night confirm this.

He gave a statement at Coolock Garda station in the days after and says he had two subsequent visits from gardaí who told him he “didn’t see the fire in the roof”.

“I was fearing I’d made a mistake because they kept telling me I was wrong. But I know everything I said was right,” he told The Irish Times.

In his final report, Keane refers to accounts of the fire observed from outside as early as 1.21am, but comments: “The tribunal is satisfied that it would not be safe to draw any inference as to the possible point of origin of the fire from such evidence.” One of the reasons Keane gives is: “No one detected any sign of trespassers on the roof after 00.15.”

The apparent fixation that the fire, wherever it started, had been started deliberately was exacerbated, say the families, by a crucial flaw in evidence. The map of the Stardust, drawn by An Garda Síochána after the fire, was wrong and led the tribunal away from the truth and down a series of misleading cul-de-sacs.

The map clearly shows a store room and a lamp room “over basement”. However, there was no basement, say the families.

After the Coffey review, a letter came into their possession, signed by a Supt FW Healy, which refers to the contents of a report for the Coffey review by Det Supt Gallagher. This letter appears to support the families’ contention that the original Garda map was flawed.

Because of the flawed map, the store room was thought by barristers and Mr Justice Keane, to have been on the ground floor, much further away from the roof that it was, leading Mr Keane to discount claims that the fire had started in the roof as implausible.

The combustible-filled room was in the north of the Stardust building – the part closest to Kilmore Road and Maryfield Crescent. It was also next to an electricity control room. The Stardust, argue the families, had ongoing problems with its electrics overloading.

At one point during the tribunal, Stardust owner Eamon Butterly appears to tell John Lovatt-Dolan, SC for the Tribunal, that the map they have is wrong. “The office itself is not shown on the map,” he tells them, “ because this is the first-floor area, and so is this, but the office was directly underneath.”

Mr Butterly gave his evidence towards the end of the tribunal’s hearings.

The transcripts reveal further exchanges, which need to be examined afresh, says Geraldine Foy, researcher on the tragedy for the families of victims. The families want a new inquiry, in which witnesses will be called to give evidence under oath.

On Thursday the Dáil accepted an amendment which will see a legal expert – probably a judge – review evidence which the families say supports their call for a new inquiry. If the review agrees, an inquiry will be established.

Mr O’Toole says the outcome of the Keane Tribunal had always troubled him.

“The whole thing, the inquiry, was a right mess. The information was all got wrong. It needs to be overhauled and organised right.”

Given the age of many crucial witnesses, such as Ms Kelly and Mr O’Toole, this may be the families’ last chance for an inquiry that can bring them the answers they still seek.