Public has limited sympathy for children locked in poverty 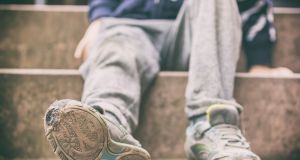 Poverty has fallen off the radar for most voters and policy-makers in recent years. Photograph: iStock

We like to think of ourselves as a generous nation that is more sympathetic than most to the plight of those locked in poverty. But are we really?

In truth, opinion polls tend to show there is very limited public sympathy towards issues of child poverty and inequality.

Polling data by one Irish firm – which declined to be named on the basis that their client had not consented to the release of the data – recently found that most people feel poverty is the simply result of bad choices by parents.

Most of the public also feel wary of offering more help to anyone, in case they are “taken for a ride” by freeloaders.

These findings echo similar research by Ipsos MRBI for the Joseph Rowntree Foundation in the UK. It found the public was a long way from supporting an anti-poverty agenda. It found the 21st century “poor person” does not exist in the minds of the public.

In fact, there was resistance to the very word “poverty”, given a public belief that economic stability and social safety nets mean there should be no need for people to be deprived.

Any notions we may have that we are more generous than other countries is also challenged by European research; if anything, we rank somewhere around the middle.

A European Social Survey polled residents in 19 countries about whether they agreed that “society is fair when it takes care of poor and in need, regardless of what they give back”. The Irish ranked in ninth place – behind Slovenia, Norway, Cyprus, Germany, Switzerland, Austria, Norway and Italy – and a little ahead of the Netherlands, Serbia and the UK.

Gerard O’Neill, chairman of Amárach research, observes that poverty has fallen off the radar for most voters and policy-makers in recent years.

“Partly this is due to economic recovery and falling unemployment, and partly it is due to the dominance of concerns about housing and healthcare which crowds out other concerns,” he says.

“Nevertheless, I suspect most people feel that we have ‘done as much as we reasonably can’ when it comes to tackling poverty, mainly because of falling unemployment and relatively generous – compared to the UK – social welfare rates.

“Of course there are key issues like homelessness, but these tend to be seen in the context of housing and other policies, not poverty per se.”

This is the big challenge in trying to win over hearts and minds in the fight against child poverty, says Tanya Ward of the Children’s Rights Alliance.

She says research shows poverty is the result of systemic issues that affect vulnerable individuals through no fault of their own. This is difficult to communicate, she says, but in the case of homelessness, the public understands it.

“They get that we haven’t built enough houses, we’re stuck with higher rents, through no fault of individuals ... The public has a sophisticated understanding around this. So that is the big challenge in communicating this on other issues relating to poverty.”

It may sound like common sense, but the alliance’s research confirms that the public is more receptive to concrete and specific examples of poverty, such as not being able to afford nutritious food or turn on the heating.

“We need to make these issues real by latching on to what poverty looks and feels like – and to promote the understanding that parents are doing the best they can,” she says.

Promoting awareness is one thing, but is it possible to shift attitudes and convince voters to support an end to child poverty or pay for higher taxes?

Fr Peter McVerry, a veteran social justice campaigner, isn’t optimistic. “Most of the people who vote are not in poverty, so it’s not an issue for them. And of those in poverty, an even smaller proportion vote,” he says.

“The issues around poverty are too broad to get people really worked up about them . . . you need a focus. The only issue I can think of in recent times which did that was water charges,” he says.

So, is there any hope that the voting public will ever support paying for tax to help end child poverty?

Yes, says research by the Joseph Rowntree Charitable Trust. It has found there is wide support for universal measures – such as free childcare, education or school meals – where the wider public benefits as well.

The Children’s Rights Alliance, for example, says it is pleased to see wide support for a recent school meals programme, as well as the idea of a “culture card” to provide subsidised access for all children to arts and culture in their communities.

“Because they’re universal, there isn’t the social stigma around receiving them, and children in poverty aren’t trying to hide the fact that they get a school meal, for instance,” says Tanya Ward.

These types of measures tend to gain much more support than targeted anti-poverty measures – and they are also more likely to survive cost-cutting in the event of an economic downturn, she says.

This, says Ward, is encouraging for people and organisations across – and outside of – the political spectrum, who are willing to put their energy into loosening the grip of child poverty across the country.