Reasons for refusals include barking dogs, the applicant being on holidays and no Mass said after death 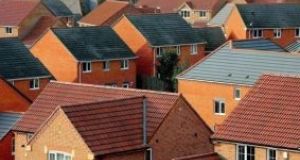 More than 2,000 offers of social housing were turned down last year, for reasons as diverse as barking dogs, the applicant being on holiday in Italy, and because no Mass had been said in the house offered, according to a report to today’s Irish Examiner.

More than 2,000 offers of social housing were turned down last year, for reasons as diverse as barking dogs, the applicant being on holiday in Italy, and because no Mass had been said in the house offered, according to a report to today’s Irish Examiner.

The newspaper says figures compiled from 30 of the country’s local authorities show there was 1,990 refusals of an offer of social housing last year, including a number of cases in which an applicant refused an offer at least twice.

Figures released to Fianna Fáil in September show that more than 130,000 are on social housing waiting lists across the country.

Cork County Council had 143 refusals of offers of housing last year — including 16 on the basis of alleged anti-social behaviour.

However, the main reasons for refusal, as was the case in most of local authorities, was either the location of the accommodation or a change in preferences regarding where the applicant wanted to live. Another common reason for refusal was that the type of accommodation offered was too small or not suitable.

Some reasons for refusal are listed, including “reason for refusing would be the location as it is across from a nightclub”, health reasons, work commitments, lack of privacy, and distance from schools.

One refusal in Cork County Council was because “a man died at this house and there was no Mass, he would be very superstition [sic]about this”.

One said they are “settled where they are” and another said: “Living here for a long time. This is my home. Two bedroom too big for me at this stage of my life.”

In some instances, an applicant turned down two or more offers of accommodation from a local authority, even though in some cases doing so means they lose their position on the housing list or have their application suspended for a year.

Waterford Council, which covers both city and county, said it had 109 refusals of housing last year, including five multiple rejections.

One applicant refused because they were “on a long holiday in Rome”. The second reason for refusal by the same applicant was that the “area looks very rough”.

In Leitrim, among the multiple rejections, one household turned down three offers — twice because of difficulty in accessing medical services and a perceived negative impact on the applicant’s mental health, and on the third occasion because the applicant said they may have an issue with an existing tenant already living on the estate.

Another household refused an offer because they said they needed to be closer to shops and on the second occasion “alleged that there were a lot of dogs barking in the area”.

Homeless campaigner Fr Peter McVerry said the figure of almost 2,000 refusals “seems high” but added that, in the majority of cases, people had “valid reasons” for turning down an offer of accommodation, including distance from family and schools.

He also said regulations enforced by some local authorities, whereby two refusals results in the suspension of a person’s application on the housing list for up to a year, represented an “unreasonable coercion”.

1 Aaron Brady, the man who said with pride he was a cop killer
2 Aaron Brady found guilty of capital murder of Det Garda Adrian Donohoe
3 Make a Day of It: Get back into your favourite city centre, Dubs urged
4 Case of Covid-19 confirmed at community creche on UCD campus
5 A chronicle of dignity and despair
Real news has value SUBSCRIBE