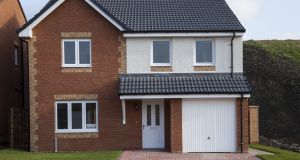 Louth County Council has acquired 35 vacant houses by compulsory purchase over the past 15 months, has a further 30 in the pipeline, and finds the process of acquiring the houses “easy and successful”, the council’s director of housing services Joe McGuinness has said.

Guidance on the use of compulsory purchase orders (CPO) is expected to form part of a “vacancy strategy” being drafted by the Department of Housing, which has been told by the Attorney General, Séamus Woulfe SC, that there is no impediment to using the process to acquire vacant properties.

Mr McGuinness said Louth Council Council uses powers contained in the Housing Act 1996 to acquire non-derelict homes that are vacant, as part of the local authority’s obligation to provide housing.

Appeals against the process go to An Bord Pleanala (ABP) which he says usually holds a hearing within six weeks and gives a decision within a further month. To date there have been three appeals, two of which have been won by the council.

“Start to finish, if the property is in reasonable condition, there can be someone in the property within eight months,” Mr McGuinness said.

The council is the most active user of CPOs in response to the housing crisis and has been cited as such by the department.

“Some people who have been sitting on properties have been sparked into putting them into productive use,” Mr McGuinness said. However this response was not widespread as often it was beyond the owner’s means to bring the property to a condition where it could be let.

Statistics indicate that approximately 8 per cent of houses in the council’s area are vacant. There are 4,000 people on the council’s housing list, and people can be waiting for as long as nine years.

The chief executive of the Housing Agency, John O’Connor, said An Bord Pleanala has committed to making the CPO process quicker and to reduce the fees involved. He said the use of CPOs was not a “panacea” for the housing crisis, but could help.

A significant proportion of the estimated 180,000 vacant homes in the State are ones that have been seized by banks and other financial businesses and sources say these can be left vacant for up to a year or more by these institutions as they bring them to a point where they can be sold.

Dermot Flanagan SC said that market value has to be paid to the owners of property being bought by way of CPO and that one of the advantages can be that the local authority gets a “clean title” for itself as new owner. Compensation for former owners can be sorted out later.

Michael McGrath SC, co-author of Compulsory Purchase and Compensation in Ireland: Law and Practice, said CPOs are a prima facie breach of the right to private property and have to be justified on public good grounds in the context of a particular statutory scheme.

The Government is hoping that the threat of CPOs will have as much effect as their actual use. Minister for Housing Eoghan Murphy is also looking at an incentive scheme for bringing vacant housing stock back into use.