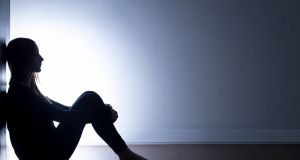 A total of 105 children, deemed at risk of ongoing significant harm, were on Cork’s child protection notification system (CPNS) at the time of the inspection. File photograph: Katarzyna Bialasiewicz/iStock

“Unacceptable” delays, “very poor quality planning” and “poor risk management” resulted in “very poor” child protection services to some of the most at-risk children in Co Cork, according to a report published on Tuesday.

The Health Information and Quality Authority inspected Cork child protection and welfare services, operated by Tusla, between January 14th and 16th. The region is the “highest child-populated area” of Tusla’s 17 areas, says Hiqa, with 134,015 children recorded in the 2016 census.

A total of 105 children, deemed at risk of ongoing significant harm, were on Cork’s child protection notification system (CPNS) at the time of the inspection.

There were “unacceptable” delays of up to 12 weeks in child protection conferences (CPCs) being held once requested by social work teams for children about whom there were “significant protection concerns”.

Of cases reviewed where there had been a conference in the previous 12 months, some children had had “timely and regular visits” soon after the conference, but others “did not have this urgency to implement child protection safety plans”.

One child, deemed at significant risk, had had no visit four months after the initial conference, no safety planning meeting held, and no actions had been progressed.

Another case remained unallocated to a social worker for a period of time and had had no visits, no safety planning meetings and no actions were progressed.

“Along with the risk to the child that this lack of service provided, it was likely that these cases would remain in the CPC system longer than required.

“The lack of regular safety planning meetings was a feature of 17 out of 18 cases reviewed and was not in line with the Tusla national guidelines for CPCs and the CPNS.”

The inspectors found “governance arrangements” for the “management of children . . . on the CPNS required significant improvement”.

“A sample of five of 18 cases of children on the CPNS reviewed by inspectors, had been listed for between 1½ years and three years. These children had had four to six consecutive child protection conferences.

“In four out of five of these cases, there was a lack of timely progress in addressing child protection concerns.”

The quality of social work supervision on individual cases was “mixed and lacked sufficient rigour”, says the report.

Safety planning for children on the CPNS “widely varied from good to very poor quality”, the report notes.

Just two of 15 cases examined had “adequate safety planning arrangements”. The remaining 13 showed “little evidence” that parents had been properly assessed as having capacity to “keep children safe”.

Both the monitoring and risk management of children on the CPNS were “poor” and “social work visits to children was poor”.

Inspectors found in several cases, where problems had been identified and escalated to Tusla management to be addressed, this had no effect.

“Risks such as the delay in scheduling, or poor quality interagency co-operation between Tusla and the HSE had been escalated by the service area. However, these risk escalations were not effective at resolving the issue.”

He said all cases cited in the report “were being actively worked and monitored by Tusla child protection staff, and that children on the CPNS have already been through an assessment, a case conference and significant social work intervention.

“Overall we are continuing to build on much of the good work in our services in Cork. Clearly this report, since first brought to us some months ago, has helped us to make significant improvements to our system. This is good for children and our staff who respond to them.

“We remain committed to improving the care and safeguarding of children in Cork and all other children in our care and are satisfied that the child protection practice in the area provides safe and effective care.”