The number of applicants to Dublin City Council is up by 1,688 in three months 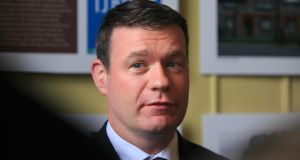 Dublin city’s social housing waiting list has exceeded 20,000 applicants for the first time, despite Government commitments to increase the local authority’s housing supplies. Dublin City Council housed 960 applicants last year, almost half of whom had been waiting more than five years for a house or flat.

A total of 21,015 individuals and families are seeking to be housed by Dublin City Council, according to the council’s most recent housing list assessment compiled last January, an increase of 1,688 applicants since last October.

Everyone on the list has had their need for housing established by the council. More than a third of applicants are living in overcrowded conditions or have particular medical or welfare needs. A total of 1,231 applicants are homeless.

The greatest proportion of applicants, 9,141, are living in the private rented sector and are in receipt of rent supplement. However, almost a quarter, 4,833 households, who have an established social housing need, are renting privately without the benefit of rent supplement. A further 5,809 individuals or families are classified as “sub-tenants”, mainly people who are staying with parents or other family members until they are allocated housing.

The numbers housed last year, while not sufficient to match the increases in those seeking housing, represent a significant improvement on previous years. In 2013, just 612 applicants were housed in Dublin city, while in 2012, only 584 households secured social housing. Of the 960 housed last year, 470 had been on the list for more than five years, 312 for between one and five years, and 178 had been on the list for less than a year.

The city is divided into 10 housing areas and applicants may choose to be considered for housing in any three. Last year, 248 people turned down offers of housing from the council mainly because they felt the accommodation was unsuitable. The Government’s social housing strategy, published last November, aims to eliminate social housing waiting lists by 2020.

Mr Ring said the fact that the waiting list had topped 20,000 reflected the extent of the housing crisis, yet money was still being “drip-fed” to local authorities. “Announcements are fine but please put the cheque in the post, Minister, and let local authorities get on with identifying sites and building houses.”