Billy Bragg: ‘Brexiteers seem to be willing to burn the house down’

‘Brexit is an age-old English disease, a sort of longing for imperial grandeur and being the centre of the geopolitical world. It is the past fighting the future’ 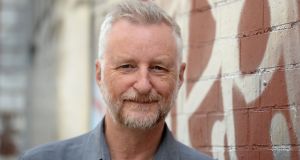 Billy Bragg: ‘When I come offstage, my activism is recharged from the way the audience responds.’ Photograph: Alan Betson/The Irish Times

“It’s hard to talk about in straightforward terms,” musician Billy Bragg told The Irish Times on Thursday when discussing Brexit. “So we reach for metaphors.”

Bragg (61) reached back into history to tell the story of a Welsh woman living in poverty, who became so desperate she started burning her furniture and eventually her floorboards.

“That’s a good metaphor for the Brexiteers,” said Bragg, “because they seem to be willing, in order to keep warm, to burn the house down.”

Bragg said he did not go along with the claim by some nostalgic Brexiteers that Brexit represented a new form of punk rock: the desire to break things for the sake of breaking them.

“Punk was about empowerment,” said Bragg. “If you want to find punk rock today it’s in the school strikers. It’s in the kids who have decided they’re going to get out into the streets and protest without waiting for someone to ask them to do it. That’s where punk rock really resides.”

After completing a three-night run of concerts in Dublin as part of his “One Step Forward, Two Steps Back” tour, Bragg was a guest on The Irish Times politics podcast.

“What we’re seeing in Brexit is an age-old English disease, which is a sort of longing for imperial grandeur and being the centre of the geopolitical world,” he said. “And we no longer are that.

“It is the past fighting the future. The real bedrock problem for those that voted Brexit is that they no longer have any agency over their lives. [They are] working-class people, whose lives have been turned upside down by socio-economic changes, who are just looking to get some kind of purchase on the situation.”

If you want to know where the new punk rock is, it’s Fortnite – whether we like it or not

Celebrated for his left-wing activist songwriting, Bragg conceded that contemporary music did not hold the power for prompting change it had in the past. But he maintained today’s young people have plenty of outlets for protest.

“Music has lost its vanguard role in youth culture,” Bragg said. “If you want to know where the new punk rock is, it’s Fortnite – whether we like it or not. But, music still has an important role to play.

“In the 1980s, if I wanted people in Dublin to hear what I had to say, there weren’t many mediums open to me. No one was asking me to come write in The Irish Times. Now, there are so many ways to do that.”

Bragg said young people who felt marginalised used music as their social medium in the latter half of the last century. This practice has not disappeared entirely, he suggested.

“There are communities that are still marginalised, like young black men in the UK, who are still using music as a way of breaking down the barriers of their marginalisation,” he said.

Bragg said he still feels the inclusion and cohesiveness he experienced in the 1980s when he performs today.

“This is where the cutting edge in youth culture is now,” he said. “You’re looking for The Clash again, forget it!”