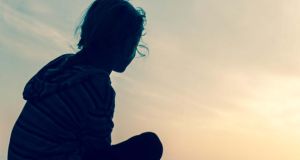 The woman, who now lives independently with the support of specialised staff, was placed in the foster home in the 1980s. Photograph: Thinkstock

The alleged sexual abuse suffered by a child in a foster home will shorten her life, according to her family.

The young woman, who has a profound intellectual disability and cannot talk, was allegedly raped with implements, damaging her internal organs while at a foster home in the southeast that is currently the subject of another abuse investigation.

The woman’s family also said there has not been any apology, and that the alleged abuse has never been acknowledged by the health board, or subsequently, by the HSE.

Her family said that, given the severity of the physical damage to her internal organs, the woman needed surgery. “Her condition is deteriorating,” said her family. “When she gets bad, she is bedridden and that upsets her.”

The woman, who now lives independently with the support of specialised staff, was placed in the foster home in the 1980s. The special school was a three-hour round trip from her family home.

“This foster home was registered and the social workers recommended it as the ambulance would pick her up there and bring her to school,” her mother told The Irish Times last night. “I did go and look at it. I trusted the health board.”

Her daughter, at primary school age at the time, stayed initially for two nights a week and this “transitioned into five nights”.

One evening when their daughter was home, says her mother, she was playing with her in the livingroom.

“I said something very ordinary and innocent to her. Her expression changed immediately. She stood up, took off her pants and laid back in a sexual position. I was shocked. I knew immediately something was wrong.”

The family had their daughter examined at a hospital. However, it was not until some years later that the damage to her internal organs became apparent.

In 2007, a social worker investigated the case and delivered a report to the HSE making several recommendations, none of which was acted on, the family claimed.

There have been two further investigations, in 2010-2012 and another in 2014, according to the family who said they had seen neither of them.

On December 9th, 2015, the family received a letter from the HSE, saying it intended to publish the reports once clearance has been received from An Garda Síochána.

The letter continued: “Also the HSE apologises for any failings identified to those who received poor care when placed with this foster family.”

Meanwhile, HSE director general Tony O’Brien promised yesterday to give a comprehensive answer to the Public Accounts Committee (PAC) on Tuesday regarding a separate abuse case.

That allegation involves a woman who, as an 11-year-old child, was placed in the same care home in 1989. Despite a warning from a former resident in 1995, she was not removed from the home for another 13 years and was allegedly subject to severe abuse.

Senior HSE officials have been accused of lying to the PAC over disputed claims it apologised to the vulnerable adult.