There are two competing theories to explain the causes of obesity, and they are about to be tested 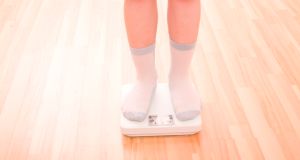 The conventional explanation of obesity (the thermodynamic hypothesis) is the intake of more food calories than are burned off, with storage of the excess calories in the body as fat. But this theory is silent on how ingested calories are handled in the body.

Hormonal activity encourages the conversion of ingested carbohydrate calories into fat, and many scientists think this is a major cause of obesity – the hormone hypothesis.

Gary Taubes describes the competing hypotheses (Scientific American, September 2013) and outlines an experiment that will weigh the relative contributions of each to obesity.

Normally, body cells generate most of their energy by chemically burning glucose. When food intake is restricted, the body relies more and more on burning its fat reserves to generate energy.

The principal dietary sources of glucose are sugars, starches and grains. Blood glucose level rises after a meal containing carbohydrates, and the more easily they are digested the faster and greater the glucose rise. Refined carbohydrate (for example, white bread and white rice) is digested to glucose more easily than unrefined (for example, wholegrain), and the presence of fibre and fat in food slows down the rise in blood glucose.

The hormone insulin is secreted into the blood in response to raised blood glucose. It prompts the cells to absorb the glucose from the blood and burn it as fuel. It also prompts the body’s fat-storage cells to convert glucose into fat and inhibits the mobilisation of stored fat from these fat depots to be burned as fuel.

The higher the concentration of insulin in the blood, and the longer it remains high, the greater the impetus to accumulate fat – this is the basis for the hormone hypothesis. A diet high in sugars and refined carbohydrates will consistently trap a small fraction of ingested carbohydrate as fat in the body and, over time, will produce an obese individual.

Testing the hypotheses
Surprisingly, the two competing hypotheses have never been rigorously tested to see which is true (or truer). Taubes proposes to do this test. Sixteen overweight or obese subjects will be closely studied for months.

Their food intake (average American diet: 50 per cent carbohydrate, 35 per cent fat and 15 per cent protein) will first be adjusted until the participants are neither gaining nor losing fat.

In the second stage of the experiment the diet will be changed to a regime designed to reduce insulin levels quickly. Total calorie intake will remain unchanged, but the carbohydrate fraction will be reduced to 5 per cent. The protein content will stay at 15 per cent of the calories, with fat comprising the remaining 80 per cent – fat does not induce insulin secretion.

If the thermodynamic hypothesis is correct, the solution to obesity is a combination of reduced food intake and increased exercise. If the hormone hypothesis is correct, the solution is to reduce intake of calories in the form of the sugars and refined carbohydrates that raise insulin levels. The body should then switch to burning fat stores for energy.

William Reville is an emeritus professor of Biochemistry and public awareness of science officer at UCC. understandingscience.ucc.ie

The Irish Times Food Month will take place throughout November. You’ll find food-related content in all of our sections, from Business to Sports and here in Science. We’ll also have reader events, competitions and lots of exclusive online content at irishtimes.com