In 1940 De Valera set up the Dublin Institute for Advanced Studies with Schrödinger as its famous figurehead, but it was Heitler who really laid the groundwork for success 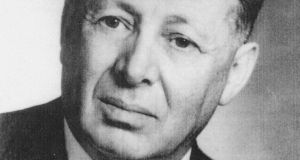 Walter Heitler: a former professor at the Dublin Institute for Advanced Studies 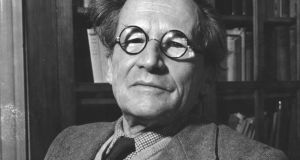 Erwin Schrödinger: came to Ireland when there were few other options available to him 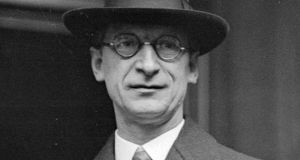 When Éamon de Valera created the Dublin Institute for Advanced Studies (DIAS) 75 years ago on this day in 1940, he was accused of doing so as a vanity project. Its two schools, of Celtic studies and theoretical physics, represented de Valera’s two passions: Irish and maths.

It was modelled on the Institute for Advanced Study in Princeton, where Einstein worked. De Valera knew he needed an equally famous physicist to make a name for DIAS. He invited Nobel Prize-winning physicist Erwin Schrödinger from Austria to Dublin, where he remained for 16 years.

Ever since, the Irish have congratulated themselves on hosting such a famous scientist. Schrödinger indulged in a scandalous sex life – his wife and mistress lived under the same roof – and he had many more lovers around Dublin. But these are not reasons to celebrate DIAS.

Through DIAS, de Valera set a precedent for direct State funding of advanced theoretical research and forced the government to view itself a guardian for national scientific achievement. This put science very much on Ireland’s policy agenda for the first time in the history of the State.

It was a leap of faith for an impoverished country to spend money on research with no obvious immediate result, but the seed it planted grew into something more.

It is in light of this achievement and its outstanding legacy that we should celebrate the 75th anniversary of DIAS rather than the attraction of one trophy scientist. Schrödinger came to Ireland in the extraordinary circumstances of the second World War, when there were few other options available to him.

In peacetime, however, it takes the unsung heroes of science, who lay foundations and carry out steady and consistently funded research, to create the supportive environment that nourishes and attracts great scientists. It was in such a dedicated environment, in 1920s Germany, that Erwin Schrödinger carried out the work that earned him a Nobel Prize.

Walter Heitler was the unsung hero of DIAS in the 1940s. He is largely unknown in Ireland because historic discussions of DIAS tend to focus on Schrödinger. While Schrödinger lent his fame to DIAS, Heitler did the groundwork to build its reputation.

Heitler was dismissed from his position at the Institute for Theoretical Physics in the University of Göttingen in 1933 for being Jewish. He worked at the University of Bristol from 1933 until he was interned in a British prisoner-of-war camp in 1940 for his German nationality.

Heitler was released because his supervisors argued that he was engaged in vital scientific war work. As a German he was not officially involved in the British nuclear programme, but he was given theoretical problems to solve without officially knowing what his work would feed into. In 1941 de Valera’s former lecturer Edmund Taylor Whittaker recommended Heitler for the second professorship in physics at DIAS and Heitler accepted.

Schrödinger was attracted to DIAS because it involved no undergraduate teaching and offered him financial stability, a pension and the peace to devote himself to his theories. Einstein lived a similar existence at Princeton. Heitler, however, was more actively invested in the success of DIAS. He was younger than Schrödinger and was building a career for himself.

Heitler maintained his correspondence with and connections to physicists around the world and attracted colleagues and students to study, collaborate and participate in seminars and summer seminars. He ensured that staff at DIAS were always informed of the most up-to-date research, and he himself produced outstanding and well-respected work on mesons and cosmic rays. More often than not, students who applied for scholarships at DIAS applied to work under Heitler, who nurtured their talent.

Heitler and his team’s steady research at DIAS contributed to the foundations of the important work carried out today at Cern.

Although scientific discoveries are often portrayed in the media as sudden revelations, they are usually based upon minor incremental discoveries; the work of forgotten heroes such as Heitler.

When DIAS was established at the start of the second World War, it was praised as an effort to advance civilisation through intellectual endeavour rather than violence. In this vision lie the foundations of Ireland’s ongoing commitment to the importance of incremental science.

Today, when funding for basic science is under threat, let the 75th anniversary of DIAS remind us that a much poorer Ireland decided that this endeavour was important for the health of our civilisation.

In August 1945 the atomic bombs dropped on Hiroshima and Nagasaki shocked the world and ended the war. The bombs were built by top-tier physicists, and Irish military leaders became suspicious that Ireland’s resident Nobel Prize winner, Erwin Schrödinger, was carrying out nuclear experiments in his “home laboratory” in Clontarf. It is much more likely that Schrödinger was constructing home-made lamps there as a hobby.

The military authorities noted that Schrödinger knew all the pioneering scientists involved in the construction of the bomb, including Niels Bohr, in whose institute the uranium atom was split in 1939, and Lise Meitner, whose nephew Otto Frisch carried out this research.

In reality they were suspicious of the wrong person in the Dublin Institute for Advanced Studies. Walter Heitler had actually carried out research that contributed towards the British nuclear programme before moving to Ireland. And he had previously worked with Klaus Fuchs, the infamous Russian spy in the Manhattan Project.

Hwan Wu Peng, assistant professor at DIAS from 1945 to 1947 and scholar from 1941 to 1943, returned to China in 1947 to lead its nuclear research programme. He was a key figure in Chinese physics for more than 50 years and served as the head of the Chinese Academy of Science. When he died in 2007 he was praised as a Chinese national hero.

Realistically, however, the authorities in Dublin need not have worried. While Schrödinger, Peng, and Heitler excelled at theoretical research, Ireland was simply too poor in 1945 to afford experimental physics.