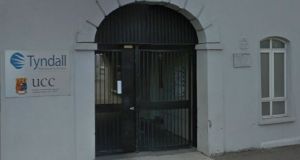 A research project involving Irish and US scientists has broken records for the highest voltage yet achieved for a new type of solar cell.

It is different from most solar cells in that it can be immersed in water where the electricity it produces is used to split water into oxygen and hydrogen gas.

Using this kind of “artificial photosynthesis” to produce low cost energy has been a long-standing goal of research groups around the world. The problem has been a typical solar cell cannot sustain a high enough voltage to split the water.

And unlike the current generation of photovoltaic cells which are kept dry the new cell is designed to work underwater all of the time.

“The holy grail of water-splitting using solar cells is that you put it into water, and just use solar energy to split the water molecules. The aim is to get hydrogen reliably without applying any voltage,” he says.

But cells designed to work underwater have to be able to withstand the highly corrosive effect of oxygen gas. An initial collaboration between Cork and Stanford in 2011 overcame the corrosion issue by applying a thin layer of titanium dioxide. This included work by Paul McIntyre and Andrew Scheuermann at Stanford.

The problem was the layer blocked off some of the light, reducing the voltage it could produce, he says.

Prof Hurley suggested an innovation, adding an ultra-thin layer of silicon just underneath the titanium dioxide.

They were hoping for a small increase in voltage “but when we sent it to Stanford for testing, they found it was much better and in fact it broke the record for the voltage produced” for this kind of cell, he says.

The researchers described their work in the journal Nature Materials.

It is giving off 0.6 volts, not enough to sustain water splitting, but the research team plan to add a second type of immersible photovoltaic cell. It would work with the first cell to deliver up to 2.3 volts which should be more than enough to split water, he says.

The Irish/US cell also retains the benefit of simply being dropped into water and exposed to light to start generating hydrogen gas.

Banks of solar cells on a roof can deliver enough voltage to split water but they are fixed and not readily accessible. The immersible cell is easily transportable however, bubbling off hydrogen and oxygen as it goes.