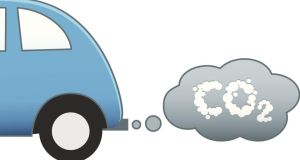 The levels of greenhouse gases in the Earth’s atmosphere have continued their relentless rise, according to figures just released in Geneva by the World Meteorological Organisation.

Carbon dioxide levels are rising along with levels of other important climate-warming gases including methane and nitrous oxide, said the organisation in its Greenhouse Gas Bulletin for 2012. Collectively, these gases have caused a 32 per cent increase in the warming effect on our climate over the period 1990 to 2012, the organisation states.

Methane has a very powerful warming effect and this gas has reached 1,819 parts per billion in 2012, according to the figures. This is 260 per cent above the levels as the industrial revolution got underway.

Nitrous oxide is also up, rising by just under one part per billion during 2012 to reach 325.1 parts per billion. This gas is also important because it helps to damage the ozone layer which protects us from ultraviolet light coming from the sun.

“The observations from WMO’s extensive Global Atmosphere Watch network highlight yet again how heat-trapping gases from human activities have upset the natural balance of our atmosphere and are a major contribution to climate change,” said WMO Secretary-General Michel Jarraud.

“As a result of this, our climate is changing, our weather is more extreme, ice sheets and glaciers are melting and sea levels are rising,” said Mr Jarraud.

If the current situation does not change global average temperatures could rise by 4.6 degrees by the end of the century over averages from 1750, he said. “We need to act now, otherwise we will jeopardize the future of our children, grandchildren and many future generations,” said Mr Jarraud. “Time is not on our side.”