Thatcher was a chameleon on Ireland even after Anglo-Irish Agreement 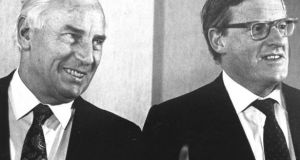 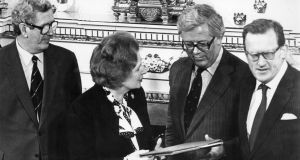 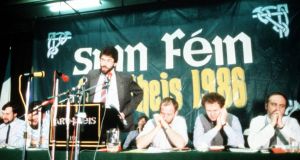 Margaret Thatcher was complicated about Ireland. This was scarcely surprising. So many of her associations with Ireland had been negative: her falling out with Charles Haughey; the challenge of the Hunger Strikes; the killing of Airey Neave; and her narrow escape at the Grand Hotel in Brighton when the Provisionals attempt to kill her had left her – as she privately admitted – fearful that she would not die in her own bed.

On Ireland she was a chameleon. Her own cabinet secretary, Sir Robert Armstrong, recalled how she would often emerge from a meeting with Garret FitzGerald re-energised on the subject of Northern Ireland. But following their signing of the Anglo-Irish Agreement at Hillsborough in November 1985, she seemed more circumspect. Her verdict to FitzGerald was: “You’ve got the glory and I’ve got the problems.”