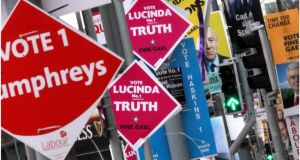 On the face of it rules about Irish political funding are among the strictest in the world.

Since the Electoral Act 2007, the limits on funds received by parties have been strictly circumscribed. The latest rules provide that an individual can make a donation to a political party of a maximum of €2,500 in a year.

If the donation or donations from that individual exceed €1,500 in that year, that donation must be disclosed.

New rules introduced by the Coalition have meant the limits for corporate donations are even lower. It is €200 in a year unless the corporation is amenable to register with the Standards in Public Office Commission (Sipo). In 2013, only four bodies registered, all were trade unions.

Yet parties manage to raise substantial amounts of private funding. The culture has remained the same, although the means of fundraising has changed.

The quid pro quo for those rule changes is that all parties now receive State funding. Fine Gael receives €5 million under Electoral Act funding and from the party leaders’ allowance. Sinn Féin receives €1.8 million each year.

The 54 Fine Gael units reported a cumulative increase in their bank balance of €150,000 during 2013, according to Sipo. For Fianna Fáil, the balance increased by about €135,000. For Sinn Féin, it was altogether lower.

Yet, it is known from the annual accounts of each of the parties that these disclosures do not reflect the true scale of funds being raised. These show that both Fianna Fáil and Fine Gael raised €1 million each from fundraising in 2013 (mainly from their national draws). Sinn Féin’s accounts show it raised €245,000 from “other sources” in 2013.

The situation is different in the North. There is no upper limit for a donation, so parties are entitled to receive donations of millions of pounds.

Generally in the UK, any donation with a value above £7,500 must be declared.

However, an exception was made for Northern Ireland in 2007 when the requirement to disclose the identity of donors was relaxed. The reason was that such donors, once identified, might be the subject of intimidation and threat. It meant there was no transparency about political donations in the jurisdiction.

A change in the law in 2014 has reintroduced the rule where those making donations above £7,500 in a single year must be identified.