Former Fine Gael adviser and Rehab boss told Forum on Philanthropy members he would pursue plan on a personal basis. 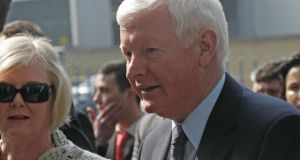 Frank Flannery (above) was appointed chairman of the Forum on Philanthropy by Minister for the Environment Phil Hogan in 2011. Photograph: Eric Luke


Some members of the Government-appointed Forum on Philanthropy expressed concern about an initiative led by its chairman Frank Flannery to give rich tax exiles extra residency days in Ireland each year in exchange for multi-million euro investments, internal documents have disclosed.

Minutes of the forum’s meetings released to The Irish Times under the Freedom of Information Act show at least three of the organisations on the forum expressed reservations about Mr Flannery’s scheme to incentivise tax exiles by giving them extra days.

One of the sub-groups set up by the forum was the social innovation fund steering group, which proposed that tax exiles who donated €15 million a year would be allowed to reside in Ireland for 183 days each year and not be regarded as resident in Ireland for tax purposes.

Under current rules, the maximum period a tax exile is allowed to reside in Ireland is 280 days over two years (an average of 140 days a year). The proposal would allow an extra 43 days each year.


Cinderella rule
It also proposed the reintroduction of the controversial “Cinderella rule”, where an exile would have to be physically present in Ireland for the day to be counted. When that rule was previously in operation, exiles would often leave the country just before midnight.

Mr Flannery, former chief executive of Rehab and long- time Fine Gael adviser, was appointed chairman of the forum by Minister for the Environment Phil Hogan in 2011.

Run on a voluntary basis, its membership includes the heads of Irish-based philanthropic funds and senior officials in the relevant Government departments. It aims to encourage a stronger culture of philanthropy in Irish business and among Irish high-net worth individuals.

But at a meeting of the voluntary grouping last September, chaired by Mr Flannery, several forum members criticised the initiative.

Tina Roche of the Community Foundation for Ireland said its board would have concerns about the forum being associated with this scheme.

Stuart McLaughlin of Business to Arts echoed this concern. He told the meeting that supporting tax measures that provided extra financial benefits to so-called “tax exiles” might not be in the best interests of the forum.

While not expressing a view, John Healy of Philanthropy Ireland (PI) said that if the proposal were to become a political issue, “this could potentially damage the forum’s aim to legitimise philanthropy”.

The minutes record that the initiative was supported by Caitríona Fottrell of the Ireland Funds, who said it was only one of a number of measures the forum could pursue in an effort to grow the sector.

Mr Flannery told the meeting he would be “mindful of the concerns expressed”.

At the next meeting of the forum in November, he reiterated that a large source of funding was available and said he would continue with the proposal on a “personal basis”.

The records include a letter written by Minister for Finance Michael Noonan to an Oireachtas committee last July describing the “tax exile” proposal from Mr Flannery’s group as “attractive”, despite misgivings having been expressed by Department of Finance secretary general John Moran.

The committee raised a number of queries about it and, despite Mr Noonan’s enthusiasm for it, he ultimately decided against including it in the October budget.