Meet the Voters: ‘Independents have been non-existent in terms of national discussion’ 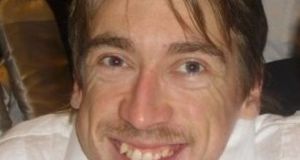 Vivian Rath is a PhD candidate with an acquired disability. He wants more supports for those who depend on health services. Read Vivan’s full profile here

I watched the debate on Monday and I watched the TV3 debate. I have found the election energetic and enthusiastic but I found it extremely strange how late the party manifestos were launched and I think that’s a little unfair on people.

Independents have been non-existent in terms of the national discussion and they haven’t had any real impact whatsoever. The smaller parties acquitted themselves very well in the RTÉ debate.

The general public don’t want the false promises, we want better services. That is something that I think is really coming forward in this election. I think it’s probably sinking in now in the last couple of days.

Disability has not been covered enough in the debate. There has been no clear plan laid out on how people with disabilities can retain their supports such as medical cards and their cost of disability allowance and get an opportunity to engage with all these extra jobs that are supposed to be out there and make a meaningful contribution to society.

Two candidates have personally contacted me seeking my vote, Malcolm Byrne from Fianna Fáil and Paul Kehoe from Fine Gael. That is really important; I like to be able to talk to my candidate. Labour canvassers called to the house and Sinn Féin sent me a copy of their disability manifesto.

I haven’t decided who to vote for yet but I’m working on a process, I’m getting there. I’m still waiting for that meaningful discussion on disability. I was encouraged by what I heard from the two candidates I met but I’d like to meet the other candidates as well.

Vivian Rath was in conversation with Dan Griffin as part of The Irish Times Meet the Voters series, profiling 10 sample voters in a bid to track the impact of the 2016 General Election campaign on their voting intentions. Follow them at irishtimes.com/election-2016/meet-the-voters