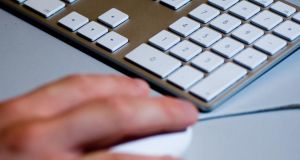 Fianna Fáil Senator Ned O’Sullivan has called for an end to anonymous comment on newspaper websites.

“In my view there should be some form of registration and identification expected from people who want to contribute in this way,’’ he added.

He told the Seanad today that there should be a debate on the online newspaper business generally.

“In particular it should focus on the manner in which online newspapers provide a facility for nameless, anonymous commentators to be very critical and sometimes quite abusive of politicians in general,’’ he added.

Mr O’Sullivan said politicians read many of those websites, and he singled out thejournal.ie. “It provides a very good service which is informative, interesting and has some very good articles by the main contributors,’’ he added.

“However, it also allows a facility for nameless, anonymous individuals to comment freely from the safety of total anonymity on not only politicians but on people in general.’’

Mr O’Sullivan said print newspapers were quite happy to publish letters from the public and this was to be welcomed by everybody. No respectable newspaper would allow a letter to be published which was critical of any politician or anybody else, unless that person provided a name and address.

He said there were “anorak bloggers’’ who appeared all over the place on the issue of the day and sometimes their comments could verge on the abusive as well as in their language and personal criticism of people’s appearance and so on.

Mr O’Sullivan said he would like to have the relevant publications participate in the debate he was seeking.