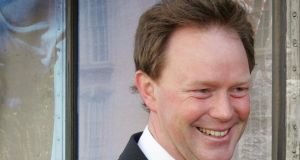 Labour has brought Fine Gael with it on many issues, Kerry Labour TD Arthur Spring told the party’s conference in Killarney.

He said Labour had introduced issues such as same-sex marriage, which was brought to referendum stage.

“How many in this room would have thought 10-years ago that Fine Gael would be comfortable with such an issue ?’’ Mr Spring asked.

“We are not forcing them to do anything . . . we are bringing them to a position where they acknowledge it is the right thing to be done.’’

Mr Spring, whose grandfather Dan and uncle Dick served in the Dáil, said Kerry had a long party tradition.

“We need to stand up for ourselves,’’ he said.

Kerry Senator Marie Moloney, who joined with Mr Spring in welcoming delegates to the conference, urged members to challenge the party’s critics.

She said a defiant message should be sent to those who were predicting Labour would be wiped out at the next general election.

“We are the Labour Party,’’ Ms Moloney said.

Ms Moloney said it was important voters were reminded of the state the country was in when the Government came to power and the remarkable improvements since.

“As we face into a general election, this message must be clearly defined,’’ she said.

Ms Moloney said that the people would also expect to hear what Labour would do if it was given the opportunity to serve in government again, especially in regards to economic recovery and how it would be used to ensure every citizen saw the benefit in their pockets.