Down syndrome may be reclassed as a low-incident disability 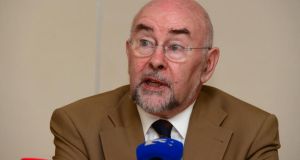 Minister for Education Ruairí Quinn is addressing issues raised in a briefing given by Down Syndrome Ireland. Photograph: Alan Betson


Consideration is being given to reclassifying Down syndrome as a low-incidence disability in all instances regardless of assessed cognitive ability, Tánaiste Eamon Gilmore said.

He said Minister for Education Ruairí Quinn was addressing issues raised in a briefing given by Down Syndrome Ireland to members of the Oireachtas recently. Mr Quinn, he said, had asked the National Council for Special Education (NCSE) to provide expert independent and evidence-informed policy on the education of children and others with disabilities and whether the syndrome should be reclassified.

Mr Gilmore said the council’s advice on how the education system could best support children with special educational needs was expected to be published in the coming weeks.

“I do not think we should pre-empt what that expert advice will be because the NCSE is an organisation with the greatest expertise in this area and has been asked to consider this policy issue,’’ he added.


Complex
The Tánaiste was replying to Sinn Féin deputy leader Mary Lou McDonald who said the syndrome was by its nature complex and affected intellectual ability, speech, language, hearing, memory, vision, motor skills and general health. The rate in Ireland was one in every 546 births, which meant about 120 children were born with the syndrome each year. About 80 began mainstream primary education.