Brian Walsh hits out at Reform Alliance for bitterness 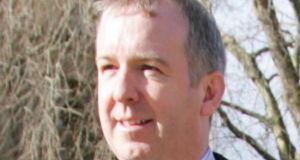 Brian Walsh said ‘it never ceases to amaze me how politicians in general can so easily shift and change their positions depending on prevailing circumstances’. Photograph: Bryan O’Brien/The Irish Times

A Fine Gael backbencher who voted against the Government on abortion has hit out at former colleagues now in the Reform Alliance.

Galway West TD Brian Walsh was one of five Fine Gael backbenchers who did not support the Government’s Protection of Life During Pregnancy Bill, but the only one who did not join the rebels in the Reform Alliance.

During the debate on the Government’s priorities for the next two years, Mr Walsh sharply criticised his former colleagues.

He said that when he lost the party whip after he voted against the Government on abortion, “I could have become bitter, as others have done and I could have borne a grudge”.

Mr Walsh, who is seeking re-entry to the parliamentary party, said “I could have spent the next two years sniping at the Government benches and touting populist policies in the interest of self-promotion rather than the common good”.

The public had no interest in “tokenistic factionalism and intra-party politicking that does nothing to improve people’s lives. The people are not exercised by party political infighting, the re-opening of old wounds of leadership battles, or the petty score-settling that is perpetrated in the guise of reform.”

Mr Walsh said he would be “reneging on my mandate were I to suddenly start opposing difficult Government decisions taken in the national interest just because I had a disagreement with the Government over one Bill”.

He said “it never ceases to amaze me how politicians in general can so easily shift and change their positions depending on prevailing circumstances”. He asked how they could support the Government for two years in all its difficult and unpalatable choices and “then suddenly assume chameleon-like status and regularly oppose the very same Government policies and start engaging in the politics of populism”. This was “precisely the reason the public have become cynical about politics and politicians”.