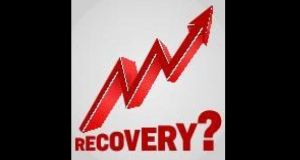 Enda Kenny was told by Nobel prizewinning economist Joseph Stiglitz that “among the countries that had austerity, you did the best”

It has been a disappointing Davos for Enda watchers this year. Maybe it’s the change of scenery or the proximity to world leaders or the comforting realisation that Bono is probably on the way, but the Taoiseach has a tendency to lose the run of himself when he attends events like the World Economic Forum’s annual Bigwigathon in Switzerland.

He covered himself in glory at the European People’s Party annual conference in Madrid last year when dramatically recounting how the governor of the Central Bank warned him that Ireland’s economic crisis was so bad the Army might have to be mobilised to protect banks and ATMs.

But, said our hero modestly, “we’ve pulled that back from the brink”.

As it turns out, Enda returned yesterday from Davos with a spring in his step as he hadn’t required any surgery to have his foot removed from his mouth.

In fact, he came home with what he saw as a small victory under his belt after an interesting encounter with Nobel prizewinning economist Joseph Stiglitz, a long-time critic of austerity policies.

It isn’t so long ago that Stiglitz was talking about the “dismal failure” of austerity. It was an “unmitigated disaster” for those euro zone countries trying to rebuild shattered economies.

However, while sharing a platform on Thursday with Enda, he conceded that, while the effects of austerity on Ireland had been severe, “you’re turning a corner, which is great, and I’ve got to commend you for that.”

For once, Enda had the good sense not to get carried away.

Among the millionaires and billionaires in Davos, austerity is merely a subject for discussion. They probably think it’s an Antipodean version of one of their favourite words – posterity.

“Skippy’s heroic rescues were recorded for austerity.” Or a luxury car marque: “Diarmuid Denis owns two Bentleys, a Porsche and a pre-war Austerity.”

Kenny showed uncharacteristic restraint when Stiglitz told him: “Among the countries that had austerity, you did the best.”

The Nobel laureate added: “I wouldn’t call it victory yet.” To which the Taoiseach responded, without a hint of a high five or a thumbs-up: “We’re not declaring victory, we’re reporting progress.”

After a lengthy debate on Rebooting the Global Economy in Alpine High School, the platform party made its way outside via the back door. Conditions were icy underfoot and they walked carefully.

Joe, as Enda calls him, waited for the Taoiseach to catch up. “Are you walking or driving?” he inquired. It wasn’t too far back to the main conference site. “Walking,” said Enda.

Whereupon they turned a corner and saw a car before them, back door open and driver standing by, beckoning to the Taoiseach. Joe asked for a lift. Bad move.

They made slow progress in the snow on a crowded road. The group travelling behind watched the passengers with interest. Enda, as one observer put it, “had Joe by the ears”.

When the car stopped, Joe made three attempts to open the door, but Enda still had him by the ears. “He eventually made it out, straightening his cap and scarf, and he ran.”

We hear the economist told the Taoiseach he understood “you have to make the decisions, we just make the policy.” He’ll be unbearable now at the ardfheis.

Taking orders down the King’s Inn

The ever upbeat Paschal Donohoe knows he faces an uphill battle to retain his seat in Dublin Central, but he’s battling away.

The redrawn constituency is now a three-seater and a large chunk of Donohoe’s base has been transferred to neighbouring Dublin West. This might explain why the Minister for Transport, Tourism and Sport has upped his already considerable programme of launches, announcements and photo opportunities.

His Coalition colleague, former Labour junior minister Joe Costello, is apparently not best pleased with all the exposure Paschal is receiving.

The crystal ball merchants who emerge before general elections seem agreed that Costello and Donohoe will be duking it out for the final seat. Sinn Féin’s Mary Lou McDonald and Independent Maureen O’Sullivan are in the frame for the first two seats, though the presence of former Sinn Féin politician Christy Burke, who made quite an impression during his stint as lord mayor of Dublin, may have a bearing on that result.

But back to Paschal, who launched Bus Éireann’s new fleet in the rarefied environs of the Honourable Society of King’s Inns last week – the place where baby barristers are house-trained and schooled by their betters in the important areas of table manners, deference and taking snuff.

He did well on the photo opportunity front due to the positioning of a very handsome red setter called Teelin among the buses and the suits.

Then, having “unveiled” four of the new vehicles, he was brought to a quiet office in the King’s Inns to do a live telephone interview with a radio station. The phone duly rang, but the Minister didn’t appear to be talking to the Lunchtime programme on Newstalk.

Instead, he was carefully taking details from a barrister who wanted to make a reservation for the dining hall.

The phone rang a second time and a second conversation ensued. Yet again, the unfailingly polite Paschal began taking names, dates and numbers for dinner, promising to pass them on. The caller seemed somewhat demanding on the dining front.

One just can’t get the staff these days. But if things don’t go his way, there’ll always be a place in the service industry (or the Seanad) for Paschal.

Adams apology bit of a tongue-twister

Gerry Adams came into the Dáil on Wednesday night and delivered an apology to the House.

It wasn’t a big deal. He was correcting the record, having accused Fine Gael junior minister Joe McHugh of cronyism by not going through the State Appointments Service when appointing a person to State board.

Gerry explained he had relied on a media report which turned out to be (technically) inaccurate. He had since apologised to the Donegal deputy and his apology was accepted.

These things happen. Gerry zoomed in on the Taoiseach during Leaders’ Questions, taking full advantage of the Tánaiste shooting herself in the foot by installing former Ictu boss David Begg on a State board without going through the public process. Joan Burton availed of a clause in the guidelines which allows Ministers to bypass the normal channels.

Here’s part of what Gerry said to Enda (annoying McHugh in the process). “You stole Fianna Fáil’s social and economic policies but you also perpetuated their culture of cronyism and political patronage.

“Just in the past week your Tánaiste, Joan Burton, chose to appoint David Begg to the position of chairperson of the Pensions Authority, and the arrogant way she did this, irrespective of Mr Begg’s suitability, makes a mockery of your promise to deliver new politics. And the Tánaiste isn’t on her own: Ministers Richard Bruton, Ged Nash, Joe McHugh and you have done the same thing.”

Later in the evening, Michael Kitt, the leas Cheann Comhairle, announced to the Dáil that Gerry Adams “wished to make a personal explanation”. Which he did.

That’s the way to do it, Gerry. Never explain, never apologise, but if you must, do it in a different language.